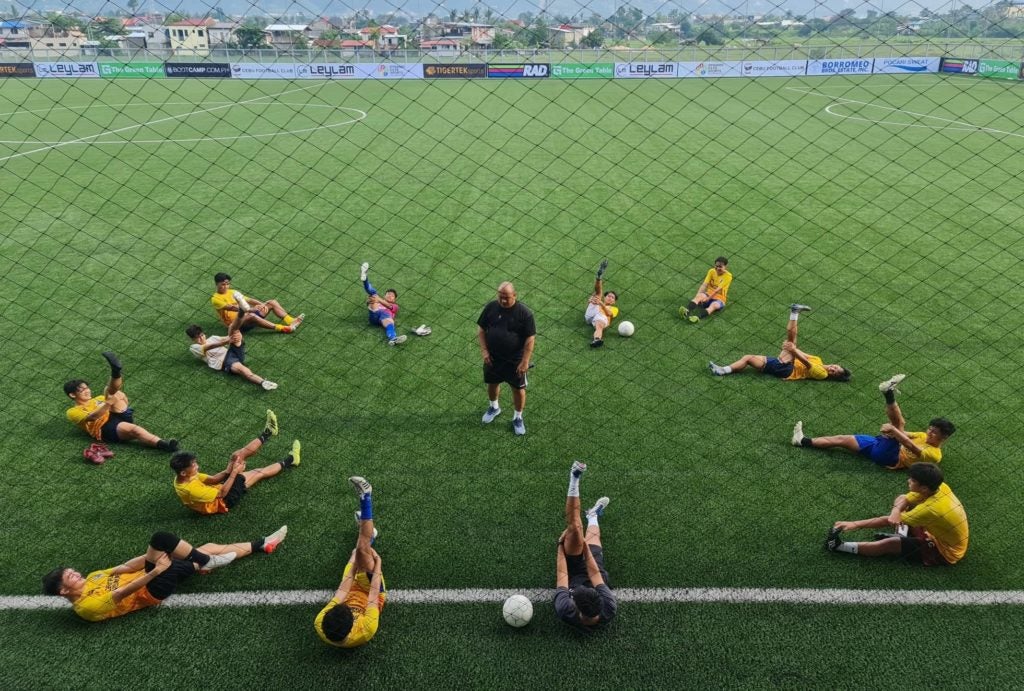 The Central Visayas Football Association Under 19 (CVFA U19) team has started their training today at the Dynamic Herb-Borromeo Sports Complex for the upcoming Philippine Football Federation Under 19 (PFF U19) National Championship in Zamboanga. | Contributed photo

CEBU CITY, Philippines — After topping the Central Visayas Football Association (CVFA) U20 Invitational Cup 2022, CVFA’s U19 squad did not waste any time to prepare for the Philippine Football Federation (PFF) U19 Boys National Championship in Zamboanga City later this month.

CVFA topped the recently concluded CVFA Invitationals with two wins and a draw against three topnotch football teams from around the Visayas.

After the tournament, the team went directly to training to prepare for their most important tournament—PFF U19 nationals.

According to the team manager, Josephril Partosa, they only took a four-day rest and went back into training at the Dynamic Herb-Borromeo Sports Complex in the South Road Properties (SRP) in Cebu City where the invitational happened.

“We start right away after four-days of rest after our U19 elimination. The camp was held here (Dynamic Herb) because we bid for hosting at Dynamic Herb, but PFF awarded it in Zamboanga City,” said Partosa.

For Partosa, the invitational that the CVFA organized was a big help for the team which paved the way for their second stringers to step up. This was after some of their ace players suffered injuries while campaigning in the invitationals.

“The U20 Invitational was a big help to gauge our team, especially (that) a lot of our players got injured from the elimination. Our second stringers showed their worth and stepped up for the team,” said Partosa.

“It was great seeing our 2nd stringers do their job well,” he said.

Partosa said that apart from their rigid training at the Dynamic Herb-Borromeo Sports Complex, they also included several friendly matches against local teams.

He said that one of their friendlies would be against the University of San Carlos (USC) seniors and high school football squads.

CVFA also tried to bid for the national championships, but PFF awarded it to Zamboanga City. If the PFF awarded it to CVFA, it would have been hosted by the Dynamic Herb-Borromeo Sports Complex, the home pitch of the Cebu Football Club (CFC).