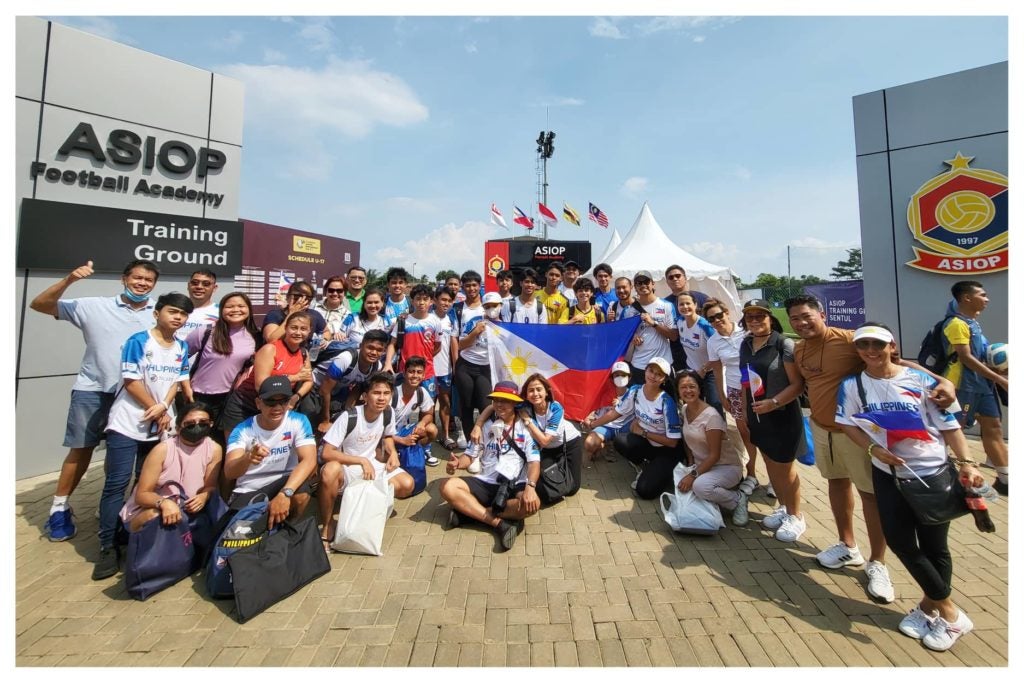 The CVFA U-17 team with the players, coaches and parents posing for a group photo after flying back home from the Transtama Garuda International Cup II in Sentul Bogor, Indonesia.

CEBU CITY, Philippines — The Central Visayas Football Association under-17 (CVFA U-17) football squad not only made a fourth-place finish in the Transtama Garuda International Cup II but they also learned lots of valuable lessons that can toughen up the team in the future.

The team campaigned in the four-day tournament in Sentul Bogor, Indonesia, and finished fourth place in the plate category of the tournament which featured numerous countries.

For team manager, Alvin Roxas, who is also the CVFA director, it was a fruitful campaign for them despite placing fourth, amidst the challenges the players and teams overcame due to the Covid-19 pandemic.

The team finished Group D with one draw and one defeat to advance to the semifinals but got eliminated eventually.

“Honestly speaking, ang mga kontra nato didn’t stop practicing and playing during the pandemic, while most of our players haven’t played football since the onset of the pandemic,” said Roxas.

(Honestly speaking, our foes did not stop practicing and playing during the pandemic while most of our players haven’t played football since the onset of the pandemic.)

“Para namo, we’re very happy for our performance, knowing wala ta competitive practices and the majority of the team members are also neophytes when it comes to international tournaments. Most of the players were first timers to play outside the Philippines,” he said.

(For us, we’re happy for our performance, knowing that we have no competitive practices and the majority of the team members are also neophytes when it comes to international tournaments. Most of the players were first timers to play outside the Philippines.)

Nonetheless, for Roxas and the rest of the team, the journey was worth it because it showed the results of their hard work and sacrifices.

It was a fruitful learning experience for them to gauge on what level they are in terms of quality on the pitch.

“We’re not very far behind, but we have a lot of catching up to do. Filipinos that we are, naa man jud na ang (we have that) fighting spirit ug (and) heart, sukol jud ta (we will not back down), unfortunately, we ran out of luck, we lost eventually,” added Roxas.

The coaching staff was composed of head coach Glen Ramos, who also coached the CVFA U-19 squad, along with Dennis Dokas, and Larry Chew.

Read Next
Cebu to experience rains until tomorrow