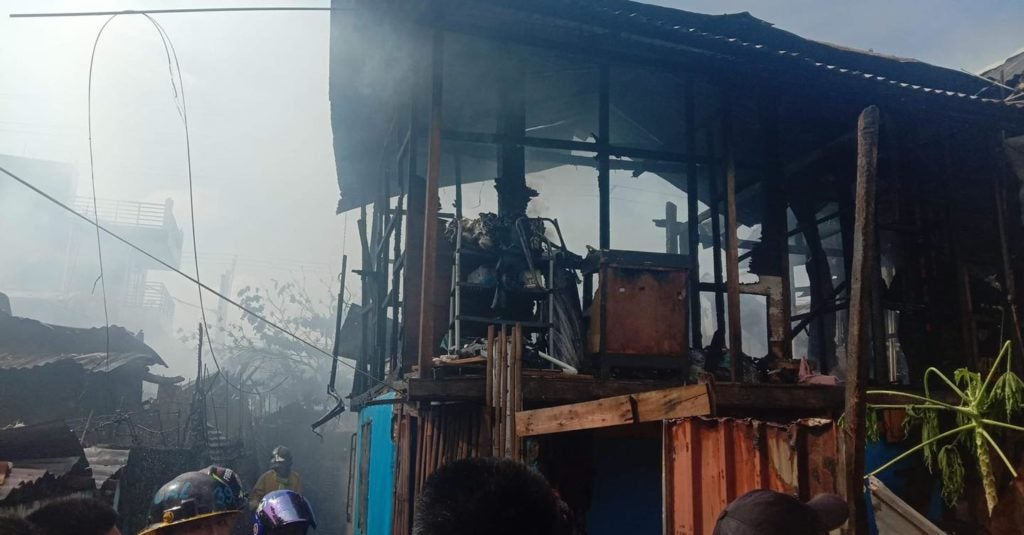 LOOK: This is what remains of a house after it was gutted by a fire on Thursday afternoon, August 18, 2022, in Barangay Duljo-Fatima, Cebu City. / Photo by Paul Lauro

Initial reports showed that the fire gutted down at least seven houses, including the one where the three-year-old child was staying. A nearby house also sustained partial damages.

Fortunately, firefighters were quick to put out the fire and had the flames under control around 10 minutes after receiving the fire alarm, said Fire Officer III (FO3) Fulbert Navarro.

“We officially declared fire out at 2:49 p.m… We were able to douse the fire quickly since the area was just along the main road, and there were no obstructions,” said Navarro.

Damages were pegged at approximately P330,000.

Navarro, citing initial findings, said the fire started at the house of a certain Marissa Fernandez, also one of the fire victims.

Her grandson, Johncal, was the toddler who sustained burn wounds.

Navarro (as seen in video of his interview above)  added that they are currently verifying reports, alleging that the wounded toddler may have played with flammable materials which led to the fire.

“But that’s still under further investigation. We’re still trying to confirm these reports,” he said. /rcg