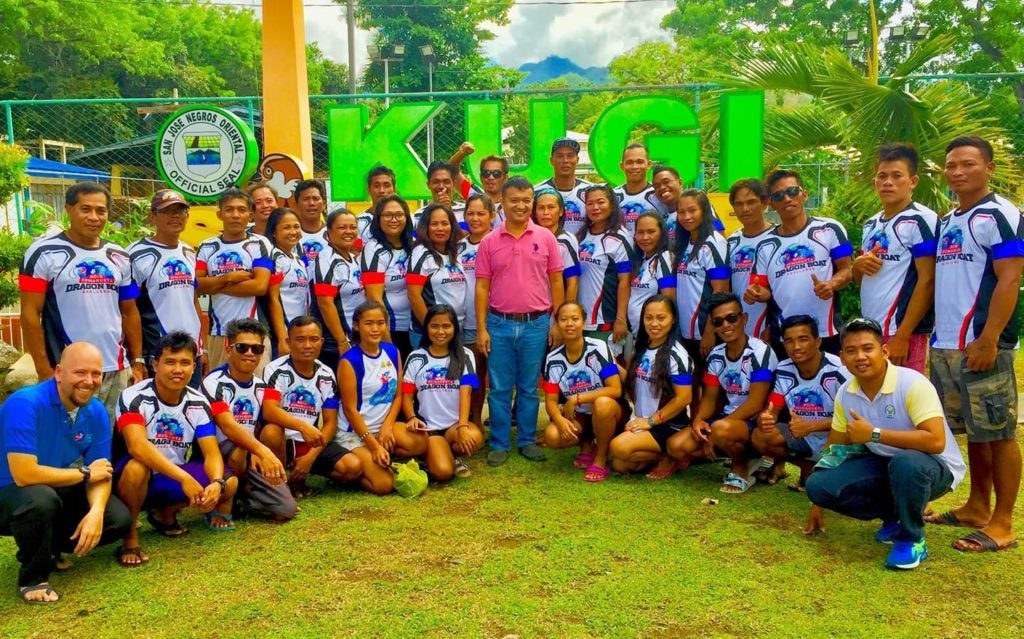 The team is comprised of fishermen, fish vendors and Bantay Dagat volunteers from the coastal town of San Jose, Negros Oriental, adjacent to Dumaguete City.

In the mixed 200m standard boat, San Jose Banatti crossed the finish line in 50.980 seconds, while United Dragon Hearts finished second in 51.420. Black Manta Warriors settled for third with the time of 51.880 seconds and Triton A finishing at fourth place in 52.290.

San Jose Banatti could have captured three titles in the race, if not for the accident they encountered in the open junior 200m small boat category.

This after, the Bugsay San Carlos accidentally collided with San Jose Banatti’s boat during the final race. It was entirely due to the poor visibility condition as the race’s final round lasted throughout the evening.

As a penalty, Bugsay San Carlos was disqualified for colliding with San Jose Banatti, while the latter was given a chance to finish the race on their own.

On the other hand, Barangay Looc became the inaugural champion of the Mandaue City Junior’s League 200m small boat race.

According to one of the organizers, JP Maunes of PADS, the inaugural Mandani Bay Dragon Boat Regatta was highly successful due to the massive number of participants.

In total 55 dragon boat teams from around the country competed in the biggest dragon boat race in the Philippines this year.

“It was a successful race, but we could have done better. There were 55 teams and around a thousand paddlers that competed today. There were minor glitches, but we will further improve for next year’s race,” said Maunes.

“We wanted to make this a two-day event, but due to budget constraints, we need to finish it in a day. But we’re very thankful for the success and the huge support from the dragon boat community and to the Mandani Bay, Mandaue Chamber of Commerce and Industry, and to our supporters who helped us.”

The race yesterday was sanctioned by the Philippine Dragon Boat Federation (PDBF).