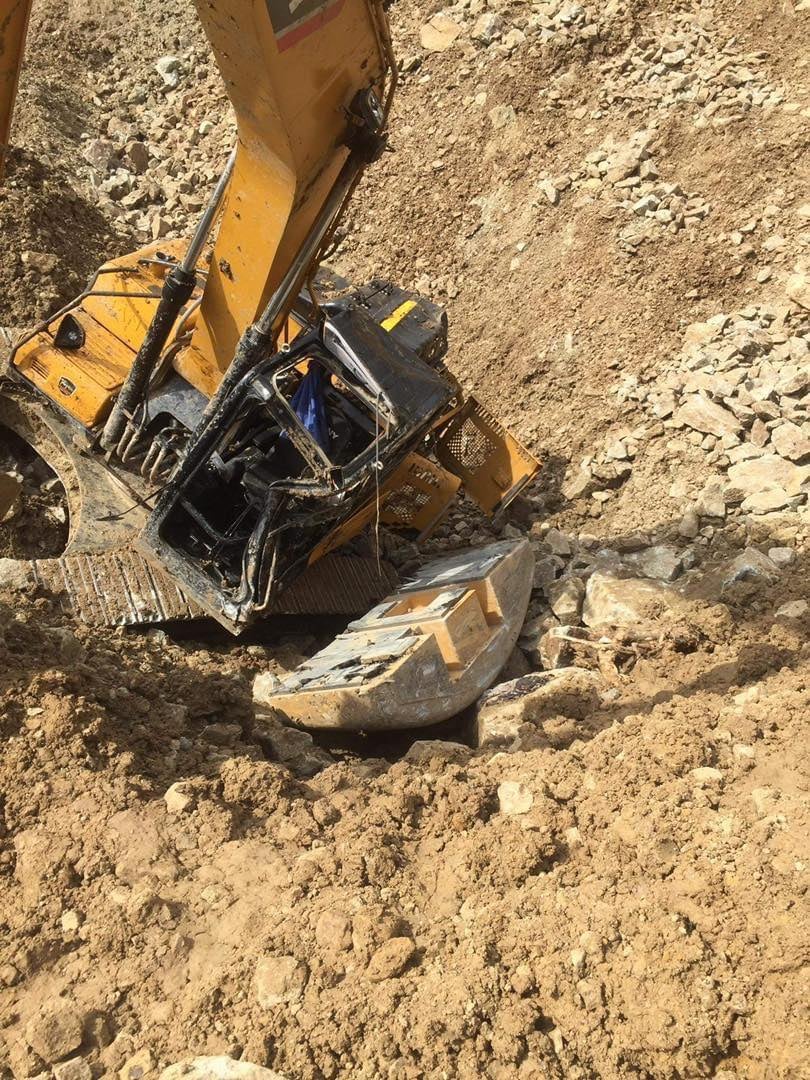 A construction worker was injured after the backhoe he was operating fell off a 60-foot cliff in Barangay Budlaan, Cebu City. | Budlaan Barangay Responder

CEBU CITY, Philippines — A construction worker was injured after he was pinned down from a fallen backhoe, that he was operating in a quarry site, in Upper Tac-an, Barangay Budlaan, Cebu City, past 2 p.m. on Sunday, August 22, 2022.

According to a report from the Cebu City Disaster Risk Reduction Management Office (CCDRRMO), a certain John Jay, 26, sustained a fracture on his left elbow, abrasions on his hands and legs, and experienced swelling in his forehead, from the accident.

The backhoe fell from a 60-foot cliff in the said barangay.

Renzo Del Rosario, Data Management Cluster head of CDRRMO, said that the ground in the area, where the incident happened, might have become saturated following the downpour that happened on Saturday afternoon, August 21, 2022.

A few minutes after, the emergency crew arrived in the area and found out that the barangay base responders, with the help of bystanders there, successfully rescued John Jay, who was reportedly operating alone when the incident happened.

John Jay was given immediate care and later brought to a nearby hospital.

Over this incident, Del Rosario reminds safety officers and construction workers of various companies that are operating on mountain barangays to always check the safety of the area before conducting construction works in a day. This is to avoid similar incidents from happening.

(…every company should have construction safety officers. Always establish an area of safety before they operate. Check on the weather, the soil…construction workers must also be physically fit to operate heavy equipment to prevent construction site incidents.)

Del Rosario said that since the start of the pandemic, this was the first reported kind of Incident involving a backhoe in the city so far.