Water in Borbon river turns white; residents urged not to swim in the river yet 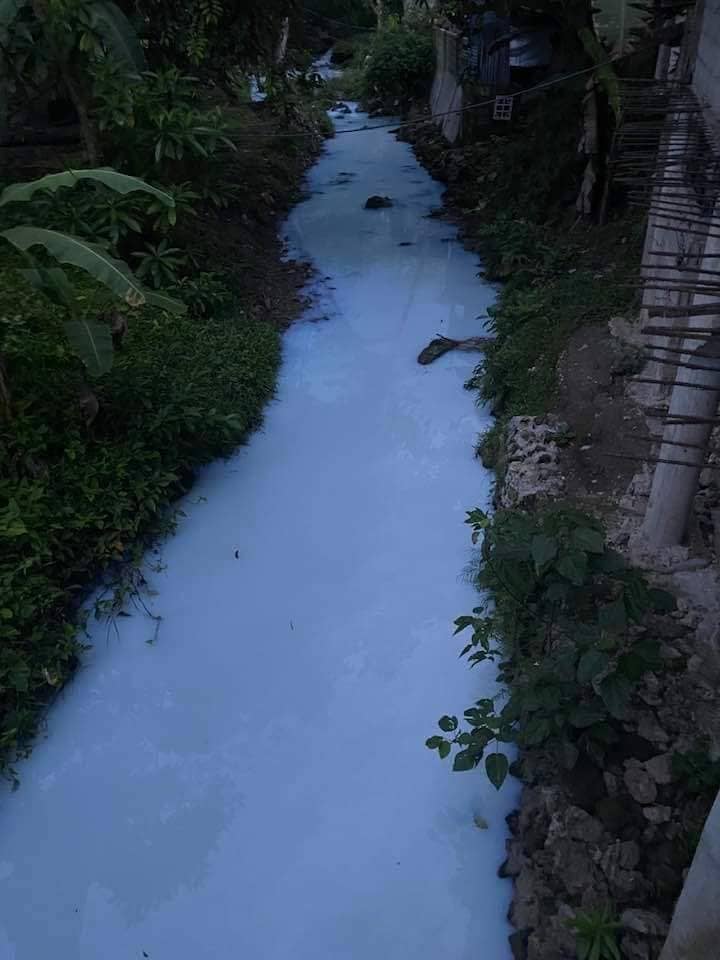 The water of a river in Borbon town turned white for two hours on Sunday, August 21, after a man washed a water flexible bag in the river. | 📷: Barangay Captain Margarito Ornopia Jr. via Futch Anthony Inso

LAPU-LAPU CITY, Philippines — Residents of Barangay Don Gregorio Antigua in Borbon town are urged to avoid swimming in the river and letting their farm animals like goat, cow among others drink river water just yet.

Barangay Captain Margarito Ornopia Jr. of Don Gregorio Antigua gave this warning after the water of the river in the barangay turned white for at least two hours on Sunday, August 21.

Ornopia said he advised the residents to heed his call until after the results of the test of the river water sample, which he had yet to send to the Environmental Management Bureau in Central Visayas (EMB-7), would be released.

He said that he already secured a liter of the contaminated water for the water testing, while he also gave a sample of it to the police.

The barangay captain said that on Sunday afternoon, August 21, 2022, a member of their youth organization reported to him that the color of the water in their river had turned white.

After confirming the report, he then urged residents not to swim in the river for health safety concerns and not to allow their farm animals to drink it.

He also said said that he had already detained a resident, Elmer Degamo, 29, who allegedly was the man responsible for turning the color of the water of the river into white.

The barangay captain said that the river water turned white after Degamo washed a water flexible bag in the river at past 3 p.m. that day.

The color of the water turned to its normal color only two hours later or at past 5 p.m. that day when heavy rain washed away the white color water.

Degamo, during an interview with CDN Digital, said that the bag was used as matting for export items and materials.

He also said that he worked at a trucking firm in Mandaue City and that the bag was given to him by his employer.

Degamo said that he planned to use the water flexible bag as a roofing for his house.

The barangay captain said he believed that there was a sort of chemical in the plastic bag, which eventually turned the water in the river white.

Borbon is a 4th class municipality in the province of Cebu and is estimated to be 77 kilometers north of Cebu City.

Read Next
Vax cards not required for CTU students, personnel