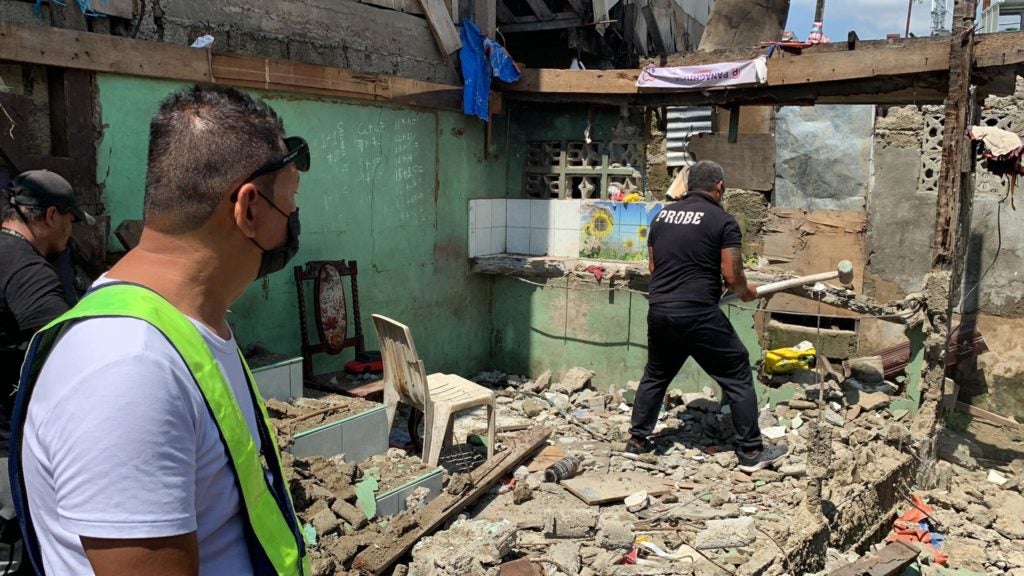 CEBU CITY, Philippines — The majority of the owners of structures encroaching the three-meter easement of Kinalumsan River in Cebu City have agreed to settle and accept the P35,000 financial assistance, Cebu City Councilor Jerry Guardo said.

Guardo, who also heads the City’s Committee on Urban Planning and Committee on Infrastructure, personally supervised, on Thursday, August 11, 2022, the fourth day of the clearing operations of encroachments along Kinalumsan River, which started last Monday, August 8.

Personnel of the city’s Prevention, Restoration, Order, Beautification and Enhancement (PROBE) team demolished the structures going to the downstream portion of the river.

The city began providing each family up to P35,000 in cash assistance in 2019 to help them find alternative places to dwell in order to expedite the implementation of a DPWH-led flood control project on the Kinalumsan River.

Guardo noted that of the seven waterways and rivers of the city, Kinalumsan River has the most number of encroachments.

He also said that according to a study, the level of water that the river receives from the mountains indicates that it is imperative to regain the original and even expand the river.