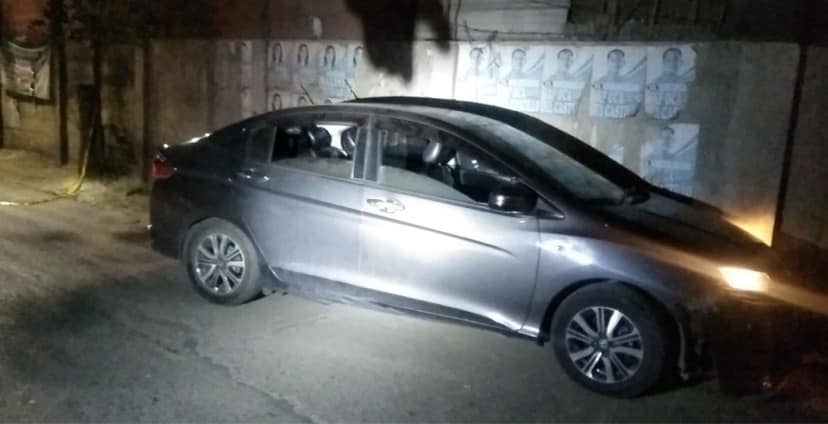 Photo shows the vehicle that was used by a female lawyer who was ambushed along Hernan Cortes Street in Mandaue City on Thursday night, September 1, 2022. The lawyer, identified by police as Karen Quiñanola-Gonzales, was reportedly with her 19-year-old son during the shooting. | contributed photo via Paul Lauro

Investigators from Station 4 of the Mandaue City Police Office (MCPO) identified the victim as lawyer Karen Quiñanola-Gonzales. She was reportedly with her 19-year-old son when perpetrators gunned down their vehicle which was traversing the Panagdait-bound lane of Hernan Cortes Street at around 8:50 p.m.

Police Captain Armil Coloscos, chief of Station 4 of the Mandaue City Police Office, confirmed that Quiñanola-Gonzales is a lawyer working for the Cebu Port Authority (CPA).

Ciloscos said the victims were rushed to a nearby hospital.

The IBP-Cebu City chapter has released a statement, offering a reward for those who can help in identifying those behind the ambush of Atty. Quiñanola-Gonzales.

“The members of our chapter’s security committee will actively take part in the investigation that will be conducted by law enforcement authorities,” part of the statement reads.

“We call for the swift delivery of justice against all those who do harm and destroy the common good. We enjoin everyone to work together with us to protect the rights of every person and secure the safety of our community.”