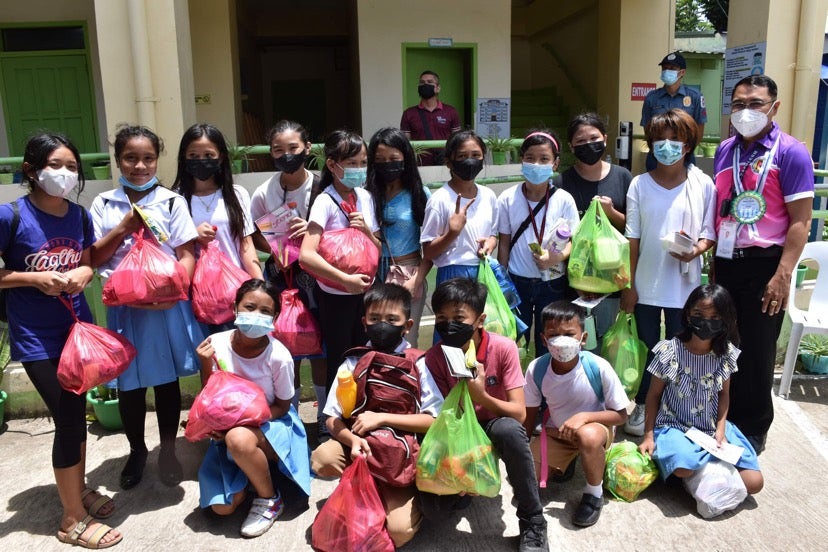 Some of the Lagtang Grade 6 students who received food packs, vitamins, and sanitary essentials during the Project Safety First in line with the 28th National Crime Prevention Week on September 2, 2022, in Talisay City. | Photo courtesy of Talisay City Police Station

The weeklong celebration started on September 1 and will last until September 7, 2022. This activity is spearheaded by the Department of Interior and Local Government (DILG-7) and the National Police Commission (NAPOLCOM-7).

Aside from free snacks, the students were also taught crime prevention through Project Safety First. This project focuses on the topics of self-awareness, and safety among young learners since these are vulnerable to violence and crimes.

This project is done in partnership with schools and the community in strengthening the measures in keeping the youth safe from any act of violence.

For her part, Police Lieutenant Colonel Mary Crystal Peralta, spokesperson of Police Brigadier General Roque Eduardo Vega, said that this is a crucial move from the authorities, especially since in-person classes among young students, have also started.

Aside from that, this is also part of their preparation for the ‘ber months.

Peralta said that Vega has also directed all units to intensify their police visibility in all areas in Central Visayas.

She added that they are also in regular coordination with the barangays in implementing the crime prevention measures in the region.     /rcg