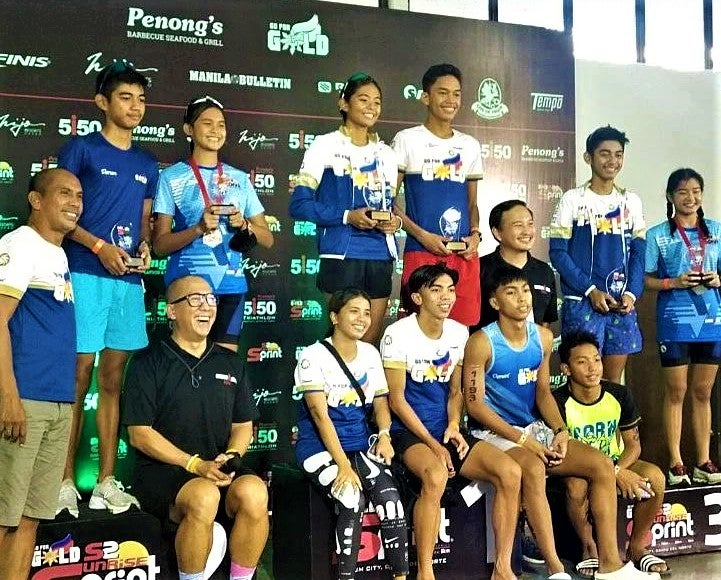 TLTG’s Nicole Marie del Rosario and Matthew Justine Hermosa (on the top of the podium) pose with the other finishers of the Go For Gold Sprint race in Tagum City, Davao del Norte on Sunday, September 4, 2022. | Photo from Go For Gold’s Facebook page

Hermosa flexed his winning form by emerging as the top overall male finisher, while Del Rosario ruled the distaff side.

Hermosa clocked in at one hour, two minutes and 55 seconds to win the race while his teammates Renz Wynn Corbin, and Jacob Kennedy Lipura finished second and third places, respectively.

In the female overall race, Del Rosario gained sweet redemption after bouncing back from faltering in the Mt. Mayon Triathlon Race.

Del Rosario, who wasn’t able to finish the Mt. Mayon Triathlon Race last month, finally found herself on the winning column after finishing the race in 1:18.57.

She bested Parisse Vivien Orong of Bukidnon, who clocked in at 1:24.09, and Davao’s Pia Francesca Suarez, who rounded off the top three with a time of 1:24.11.