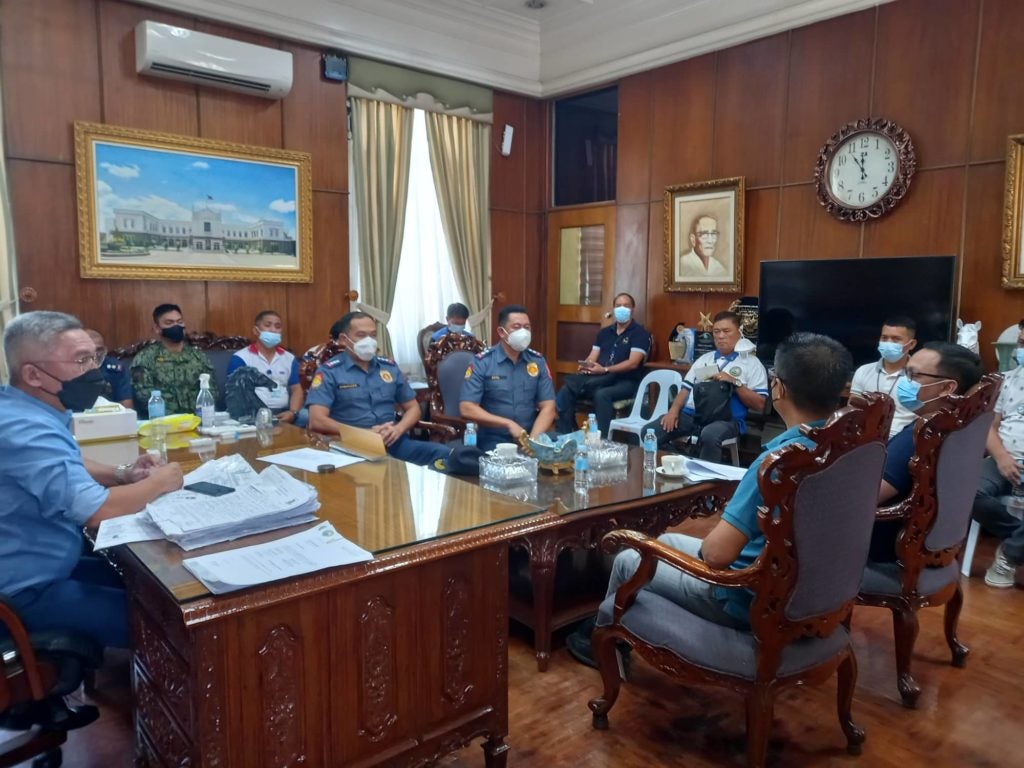 MANDAUE CITY, Philippines — Mandaue City Mayor Jonas Cortes met with representatives of telecommunication companies, police, and traffic officials on Wednesday, September 7, 2022, to discuss how to get rid of the city’s dangling or spaghetti wires.

Cortes said that underground cabling must be undertaken fast.

He added that some spaghetti wires obstruct the view of the closed-circuit television (CCTV) cameras which are useful in solving crimes in the city.

He said that CCTV cameras are very important for clear monitoring of the city’s streets and other places.

Whenever there is an emergency or crime, authorities always go to the command center and ask for a copy of the footage as it could help with their investigation, he said.

Moreover, Cortes said this is also to prevent cable wires from being stolen.

MCPO Director Police Colonel Jeffrey Caballes said that before, they recorded a few incidents of wire thievery but with the interventions conducted they have not recorded any incidents lately.

Lastly, the mayor said underground cabling will give Mandaue City an aesthetic view and could also prevent any accidents in the streets.

Cortes said since the underground cabling would take time, he asks the telecommunication companies to bundle their wires first.

Danilo Pepito, an operation and maintenance officer of a telecommunications company who attended the meeting admitted that this would take a lot of work because the existing working fiber whether primary or secondary will be affected.

Pepito said he will bring this up with their bosses.

The mayor said he also requested the telecommunication companies to assign a team of technicians that will work with the Technical Infrastructure Committee to discuss what areas or streets will be worked out first.

The city’s ordinance regarding underground cabling was passed in 2020 and was authored by city councilor Joel Seno.       /rcg

Woman nabbed for ‘stealing’ 22K worth of telecom wires