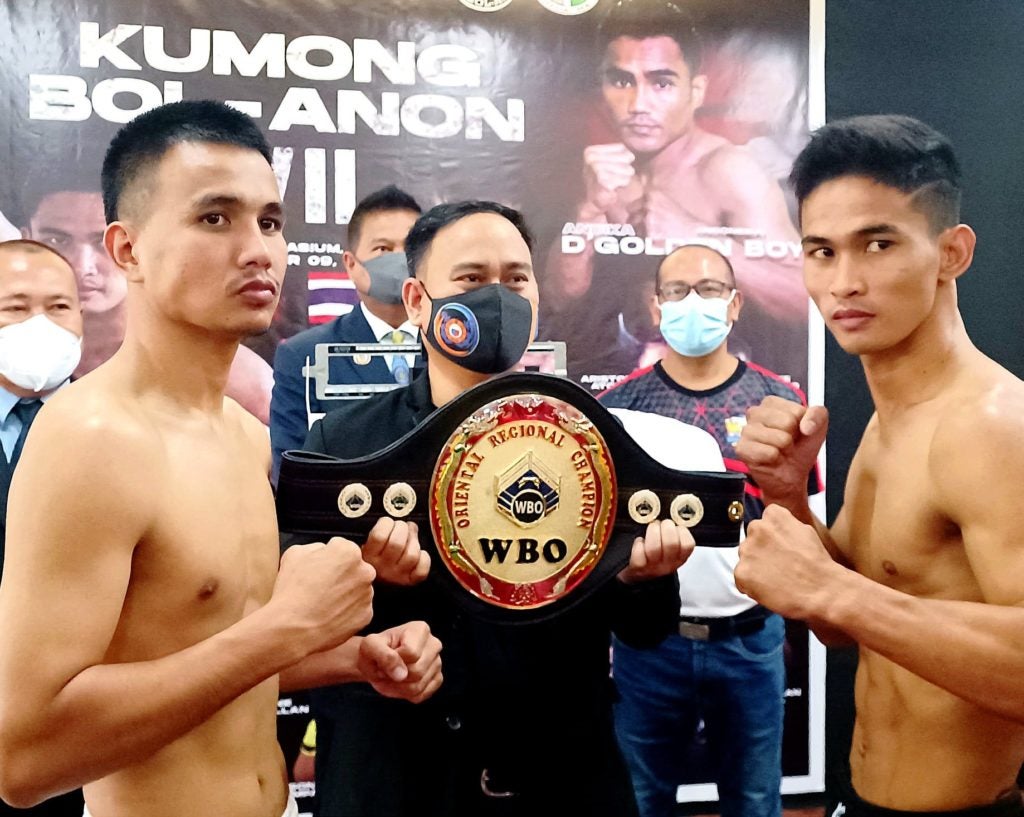 The slam-bang affair promoted by the PMI Bohol Boxing Stable features a total of 13 bouts, including Vitor and Yupang’s 12-round main event duel at the Municipality of Dimiao Sports Complex.

Vitor tipped the weighing scale at exactly 130-pounds, while Yupang weighed in at 129.5lbs, during the official weigh-in earlier today at the PMI Bohol Colleges in Tagbilaran City.

It will be the first major regional title bout for the 25-year-old Vitor, while the second for Yupang who is also 25.

For his part, Yupang vowed that he won’t go back to Thailand empty-handed.

“He didn’t come all the way here to Bohol to lose. He is also equally ready as Vitor. He is also here to win and wants to give Vitor a good fight,” said Yupang’s handler Brico Santig.

Vitor sports a record of 18 wins with 11 knockouts and only lost 2 fights.

Yupang on the other hand owns a 9-2 (win-loss) record with three knockouts and is a former WBA Asia South featherweight champion.

No less than WBO supervisor Leon Panoncillo will oversee the regional title showdown between Vitor and Yupang.

For Ha’e, also known as the “D Golden Boy,” he wants to prove to everyone tomorrow that he is the better boxer.

“I’m thankful for this opportunity to fight in the Philippines. I’m going to do my best to win this fight in front of Filipino boxing fans. It’s going to be a great fight, but I am confident that I will win,” said Ha’e who is also unbeaten at 19-0 (win-loss) with 10 knockouts and one draw.

Ha’e defeated Filipino Romshane Sarguella in 2019 via a technical decision to clinch the WBA Asia light flyweight title and successfully defended it against another Filipino, Richard Rosales by winning via unanimous decision.