The new plant is its biggest in Cebu so far in terms of size and production. The Compostela batching plant sits on a 2.3-hectare lot in Barangay Estaca with a production rate of 200 cubics of ready mix concrete per hour – equivalent to 2,000 pieces of 40 kilos sacks per hour.

“Infrastructure is the mover of our economy and we (in Suprea) will continue to build on this progress,” said AppleOne Properties Inc. president and chief executive officer Ray Go Manigsaca speaking on behalf of Suprea AVP Patrick Manigsaca in an interview with reporters.

“The planned expansion of infrastructure projects, I believe, would be possible if we continue to encourage the participation of the private sector in the development of our programs. Public Private Partnerships or PPPs hold great potential for that expansion, for infrastructure development and for innovation,” Marcos Jr. said.

Suprea’s Compostela facility is an addition to their existing 18 portable plants spread across Mandaue and Naga Cities in Cebu, as well as in Cagayan de Oro, Bukidnon, and Misamis Oriental. Since 2016, its fleet has the strength of 25 brand-new transit mixers, two stationary line pumps, and two concrete mobile pumps.

The new plant is its biggest in Cebu so far in terms of size and production. The Compostela batching plant sits on a 2.3-hectare lot in Barangay Estaca with a production rate of 200 cubics of ready mix concrete per hour – equivalent to 2,000 pieces of 40 kilos sacks per hour.

Compostela Mayor Felijur P. Quiño welcomed Suprea Phils. as one of its first investors under his term which is expected to generate 80-100 jobs once fully operational. In addition, the mayor said the opening of Suprea will help the town in its bid to become a second class municipality during his term.

For those who are in the construction industry, concrete is an integral part of their construction projects. Without concrete, it is impossible to build bridges and sidewalks, houses, skyscrapers, driveways, and highways.

Suprea supplies ready mix concrete to several major industrial and commercial construction companies in the country. Among the structures built are various high rise, commercial and residential buildings, as well as government infrastructure projects such as major bridges and roads that connect provinces, towns, and municipalities.

“With this, our team of concrete specialists is constantly doing the research and development that enable us to cope with modern concrete innovations and technologies and assures our clients of superb quality for their projects”, Dedicatoria added. Suprea Phils Development Corporation houses its biggest batching plant in the town of Compostela in northern Cebu that can produce 200 cubic of ready-mixed concrete per hour. | Inquire today

At present, 70% of their clients are from the private sector while 30% are government projects- which is expected to increase in the coming years in support of the administration’s infrastructure program.

“Definitely, the share of government projects will grow more,” said Suprea chief operating officer (COO) Johnson C. Abellana, especially now that the company is positioned to support projects across Cebu with its batching plants stationed strategically in the northern, southern, and western parts of the province.

In August, the Marcos administration has asked Congress P1.196 trillion to fund the “Build, Better, More’ (BBM) infrastructure program in 2023, an acronym inspired from the incumbent president’s initials.

However, Budget Secretary Amenah Pangandaman announced early this month that the current administration is downscaling its infrastructure spending ambitions for the next six years, citing that more funds had to be allocated for agriculture, health and other priority sectors. 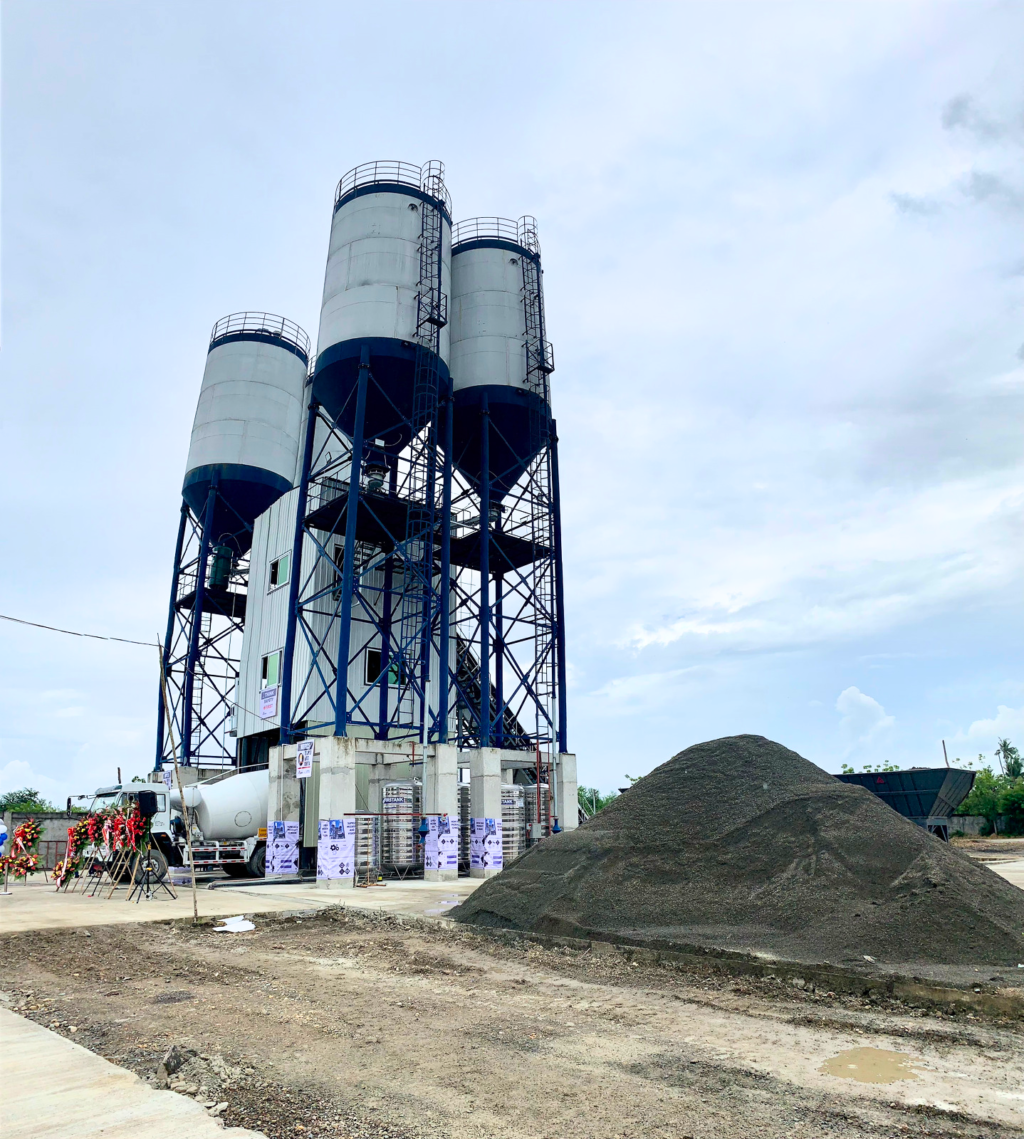 Ready mix concrete is a mixture of cement, water, and aggregates. This type of mixed and unhardened concrete is made in batching plants under specially controlled conditions. Learn more here

With the lower infrastructure budget wrought by the extended COVID-19 pandemic, the economic managers of the incumbent administration are eyeing to maximize public-private partnerships for infrastructure financing.

Aside from supplying the construction industry with more ready mix concrete in their arsenal, Suprea, is also eyeing to provide more jobs to help in nation building alongside its expansion plans.

Suprea alone has roughly 200 employees to date across their existing batching plants in the VisMin regions. This number is expected to grow as the company expands its operations and opens new plants in the coming years.