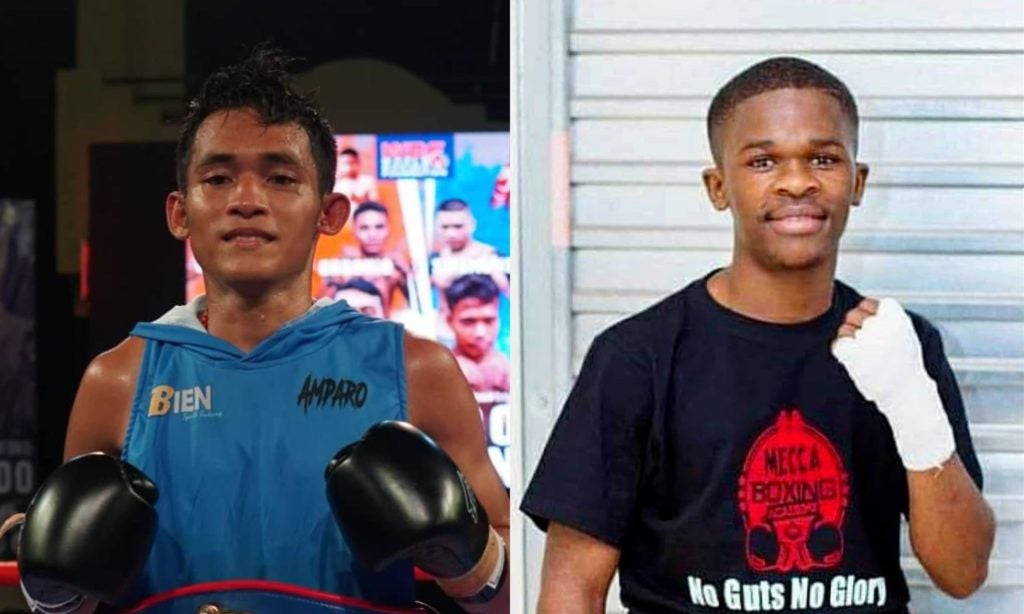 This will be the first time the 25-year-old Amparo of Guindulman, Bohol will fight abroad. It will also be Amparo’s first foreign opponent.

At the same time, Amparo will be Ngxaka’s first non-African opponent.

The number of rounds of their upcoming non-title bout has yet to be announced, but his bout against Ngxaka is part of the fight card that also pits other Filipinos in Jay-R Raquinel and Melvin Manangquil.

Raquinel will face African Landi Ngxeke for the WBO Intercontinental junior bantamweight strap, while Manangquil squares off with another African, Mpumelelo Tshabalala, in a non-title bout.

He is one of the four regional champions under the PMI Bohol Boxing Stable with a record of 10 wins (two by knockouts) paired with two defeats and one draw.

He earned the WBF title by scoring a unanimous decision victory against Roldan Sasan last April 23, 2022 in Dauis town, Bohol.

He recently defeated Ariston Aton via unanimous decision in the undercard of “Kumong Bol-Anon 7” last September 9, 2022 in Dimiao, Bohol.

Meanwhile, Ngxaka has an unbeaten record of five wins (two by knockouts) and one draw. His pro debut didn’t go as expected after he settled for a draw against fellow African Luyolo Mbobo in 2019.

He went on to win his last five bouts, two of which came by knockouts. His most previous opponent Loyiso Ngantweni got knocked out in the fourth round of their 10-rounder duel.