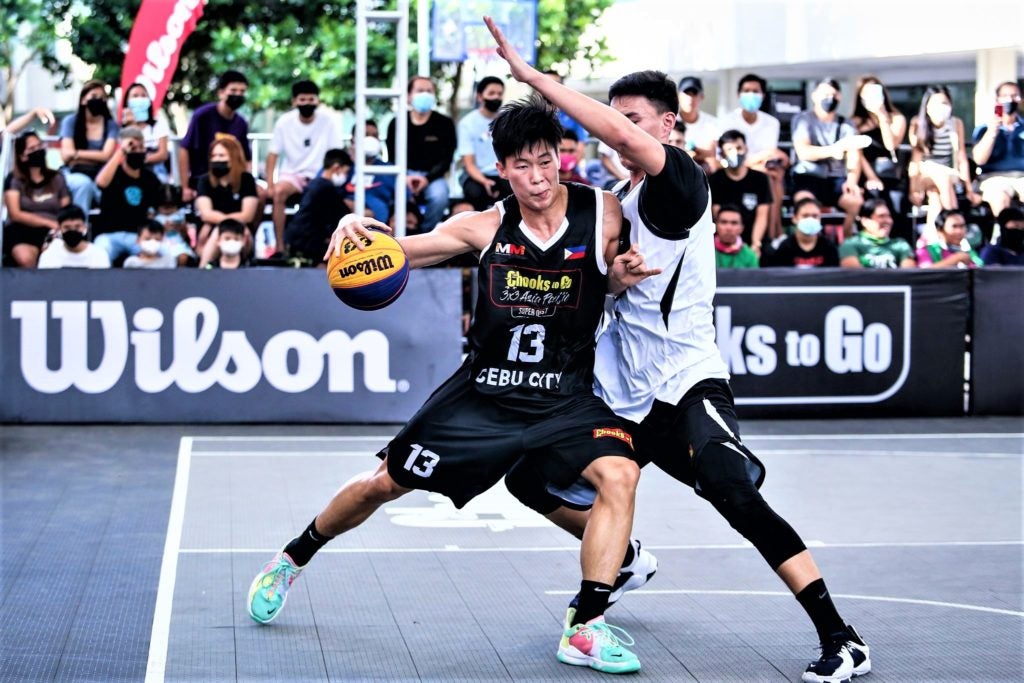 Cebuano Zach Huang of Cebu Chooks gets physical with a Mongolian player in one of their FIBA 3×3 matches. | Photo from Chooks-to-Go

CEBU CITY, Philippines — The rivalry between the Philippines and Mongolia adds more excitement to the Chooks-to-Go Pilipinas FIBA 3×3 World Tour Cebu Masters that unfolds this weekend, October 1-2, 2022 at the SM Seaside City Cebu.

The Philippines is currently ranked No. 22 in the FIBA 3×3 world rankings and will be manned by two teams, the Cebu Chooks which is guaranteed a main draw spot, and the Manila Chooks which will compete in the qualifying draw.

Meanwhile, the Mongolians the highest-ranked Asian 3×3 squad and No. 4 in the world will field two squads as well: Sansar in the main draw and Ulaanbatar in the qualifying draw.

Speaking of rivalry, these two basketball-crazy nations have faced each other on the 3×3 court 21 times this year in five separate tournaments.

Both teams fought evenly, but the Mongolians always have the upper hand, especially in the latter rounds of the tournaments they competed.

In their most recent face-off, the Mongolians prevailed over the Filipino ballers in the Chooks-to-Go Pilipinas FIBA 3×3 International Quest held last September 16 at the Ayala Malls Solenad.

Zaisan blasted Butuan Chooks, 22-7, while Zavkhan escaped with a nail-biter over Manila Chooks, 19-17.

It took another clutch free throw from Chico Lanete to notch for the Philippines its lone win over Mongolia when Manila Chooks downed world number eight Ulaanbaatar, 21-20.

After the dust settled down, Mongolia has 11 wins over the Philippines’ 10 in their FIBA 3×3 head-to-head matches.

This weekend, Cebu Chooks and Manila Chooks will defend their home turf in front of Cebuano basketball fans as they take on not just the Mongolians but some of the best 3×3 squads in the world for the Chooks-to-Go Pilipinas FIBA 3×3 World Tour Cebu Masters crown.       /rcg

Read Next
On average, Cebu City records at least 13 accidents per day – CCTO