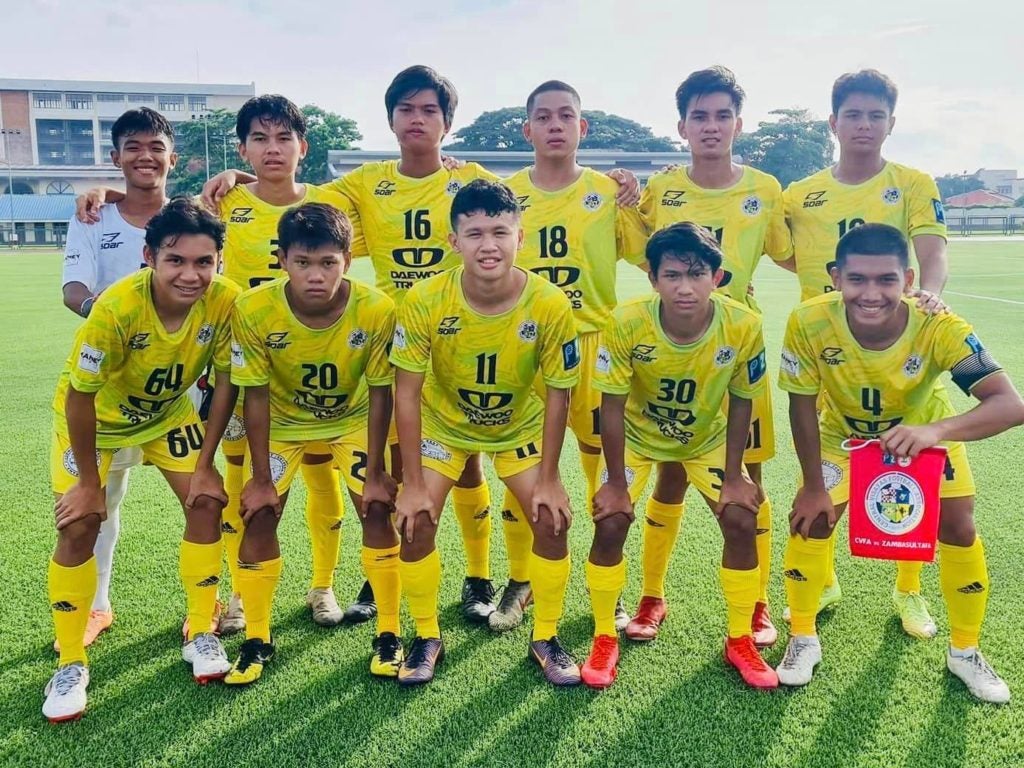 CVFA’s U-19 squad during the PFF U-19 VisMin National Group Stage in Zamboanga City last August. | Photo from the CVFA Facebook page.

CEBU CITY, Philippines—The resurgence of the Central Visayas Football Association (CVFA) in the national football scene didn’t go unnoticed after 11 of its finest players are being recruited by various universities around the country.

CVFA recently finished as runners-up in the  Philippine Football Federation (PFF) U-19 VisMin National Group Stage in Zamboanga City last August, which put Central Visayas back in the first division of the national football level.

CVFA’s feat wouldn’t be possible without the incredible performances of its core players, which is why many of them are being recruited by various universities.

Five of CVFA’s U-19 players in Bebong Lamparas, Ludwig Badayos, Kyrell Bangot, John Vincent Largado, and Zraim Ebrada are recruited by the University of San Carlos (USC) Warriors football team. They would likely be seeing action in the upcoming Cesafi football tournament next month.

Meanwhile, Richard Songalia and Uriel Villacarlos were recruited by the University of Santo Tomas (UST) Growling Tigers for the University Athletic Association of the Philippines (UAAP) football wars.

Stephen Soria will also be seeing action in the UAAP as he was recruited by the Far Eastern University (FEU) Tamaraws.

The University of the Philippines (UP) Fighting Maroons are courting Eugene Tillor, while Paul Mapula is being eyed by the San Beda Red Lions for the National Collegiate Athletic Association (NCAA).