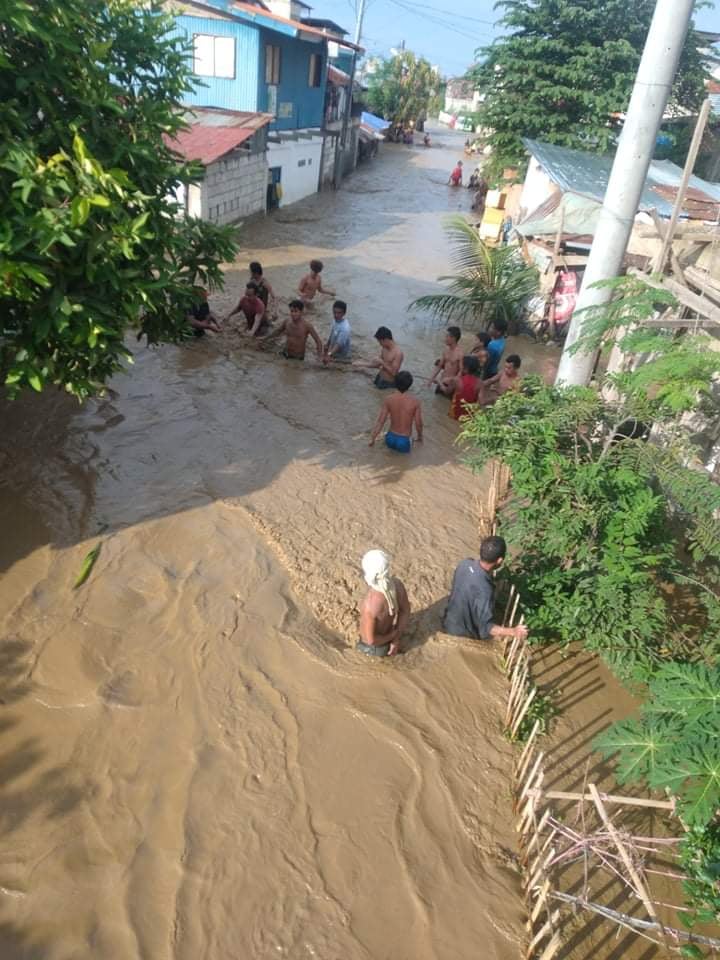 A heavy downpour results in waist-high floods in this portion of Barangay Paknaan in Mandaue City.

MANDAUE CITY, Philippines — Mandaue City residents who will not obey evacuation orders during disasters will soon be penalized.

In the hopes of further protecting the lives of Mandauehanons during disasters, Councilor Jennifer Del Mar drafted an ordinance on pre-emptive evacuation.

The draft ordinance titled “Empowering the City of Mandaue to pre-emptively evacuate persons in times of disaster or emergency, when risk or loss of lives become imminent, providing penalties thereof and other purposes”, was passed on first reading by the city council on Monday, September 26.

Under the proposed ordinance, those who will refuse to evacuate or those who will return to their homes without an order allowing them to do so during disasters will be penalized. They will be fined P500 to P5,000 or imprisonment of 30 days until 1 year.

“The ordinance is the city’s last resort to save lives although kasabot mi nga daghan gihapon any dili mobakwit kay tungod mahadlok sila nga mawala ang ila’ng mga butang and at the same time dili na sila makabalik sa mga luna nga ila’ng gipuy-an but at the end of the day, Mandaue City wanted to save the lives of its people,” said Del Mar.

“Might be very difficult to start but we really have to do it para malikayan nato any disgrasya ug makaluwas ta og kinabuhi,” said Del Mar.

CDRRMO head Buddy Alain Ybañez, said they welcome the ordinance because this will not only probably save the lives of the residents but also the rescuers.

Ybañez said that based on their experience from some of their rescue operations, there were really individuals who would refuse to be evacuated.

The most recent flooding in the city happened last September 9 and affected a lot of houses and individuals. Fortunately, there was no reported casualty.

The CDRRMO officials and the local disaster risk reduction management council will assess and determine the situation on whether there is a need to implement a pre-emptive evacuation.

They shall then make recommendations to the office of the mayor. After the receipt, the mayor or the barangay captains shall immediately declare the evacuation through the issuance of an executive order.

There will be designated areas or pick-up points for residents where vehicles are waiting to transport them to the identified evacuation centers.

The proposed ordinance would still need to be submitted to the committee on laws and ordinances for recommendations before the second and final reading.