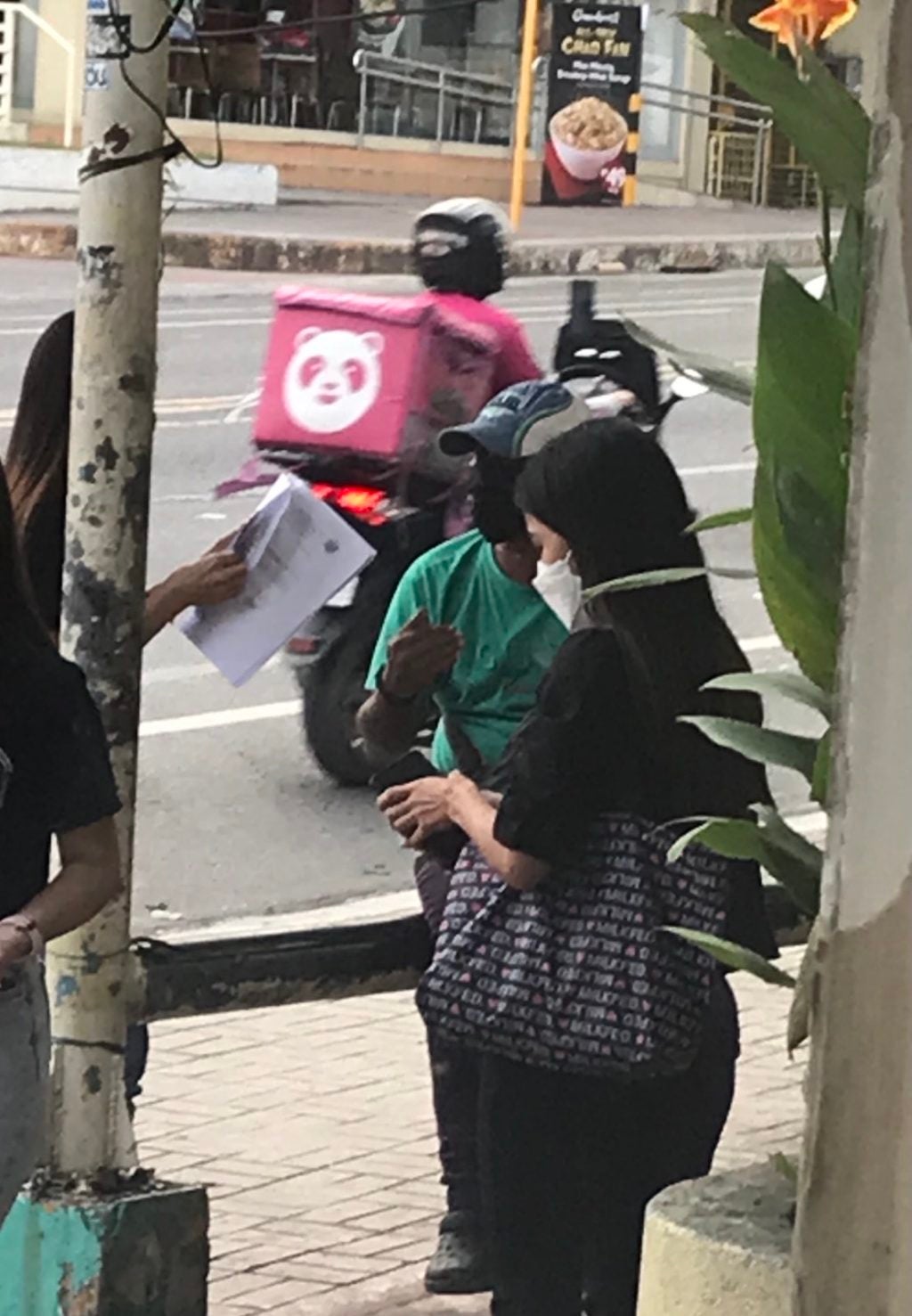 Photo was taken a few moments before the entrapment operation against the suspect, a former job order employee, who allegedly faked documents and asked money in exchange for his service, for a customer who was applying for a business permit at the Office of the Building Official last September 29. | Photo courtesy of NBI-7

CEBU CITY, Philippines — A former Job Order employee of Cebu City government was arrested for allegedly giving fake documents for cash, which was needed to process the business permit of a businesswoman.

Elmer Moreno, the suspect, was arrested in an entrapment operation by the National Bureau of Investigation in Central Visayas (NBI-7) on Sept. 29, 2022, along General Maxilom Ave. in Cebu City.

The NBI-7 in a statement said that they conducted the entrapment operation after Maricel Golosino, a businesswoman, visited their office and filed a complaint about her being allegedly swindled by Moreno of P23,800 in exchange for the papers needed to process her business permit, which she later found out to be fake documents.

Golosino claimed that a neighbor had recommended Moreno to her to process her business permit at City Hall.

She said that her neighbor told her that Moreno, who was a former Cebu City JO employe, had connections inside City Hall so that she could just let him process her business permit for a fee.

Golosino said that she received several documents needed for the processing of her business permit and she had allegedly already paid P23,800 to Moreno.

But when Moreno asked that he be paid another P3,200 for another document for the business permit, Golosino got suspicious of Moreno and went to the NBI-7 for help.

It turned out that the documents given to Golosino were all fake.

So the NBI-7 agents planned an entrapment operation against Moreno with the help of Golosino to transact with the former for the P3,200 document.

On Sept. 29, after the money changed hands between Golosino and Moreno, the NBI-7 agents moved in and arrested the latter.

According to the NBI-7 agents, who conducted a background check on the suspect, that they found out that Moreno was a volunteer at the city hall from 2019 to 2020 and from May 2022 to June 2022, he had an appointment as a job order employee at the city’s Department of Agriculture office.

Moreno was detained at the detention facility of NBI-7 as charges of Estafa through Falsification of Documents were being readied against him.

Read Next
A lolo from Alcoy, Cebu celebrates his 100th birthday