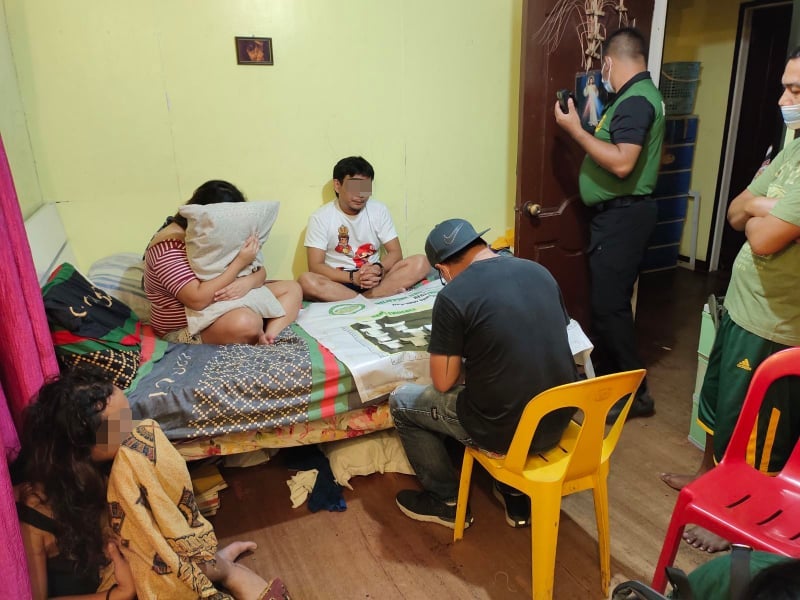 A couple and a city hall employee were arrested with P340, 000 worth of ‘shabu’ during a buy-bust operation in Sitio Missionaries, Barangay Suba, Cebu City at past midnight on Saturday, August 27, 2022. | PDEA-7 photo

CEBU CITY, Philippines — A couple and a government employee were arrested with 50 grams of suspected shabu worth P340,000 during a buy-bust operation in Sitio Missionaries, Barangay Suba in Cebu City shortly after midnight on Saturday, August 27, 2022.

Leia Alcantara, spokesperson of the Philippine Drug Enforcement Agency in Central Visayas, identified the arrested individuals as Roberto Yburan, 32, and his wife, Maide Riza, 30, and Melvin Christ Abesa, 35, who works as a Job Order employee at the Cebu City Hall.

The buy-bust operation was made at the couple’s residence.

Alcantara said Roberto and Maide are both jobless and have made illegal drug peddling allegedly their source of income.  Abesa, a neighbor, works as their runner or delivery man.

The three arrested individuals are now detained at the PDEA-7 detention facility in Sudlon, Lahug while PDEA-7 prepare for the filing of appropriate charges against them.

Alcantara begged off from providing additional information on the buy-bust operation so as not to jeopardize their follow-up operation.

PDEA-7 agents, Alcantara said, placed the couple under surveillance for at least three months before they planned the buy-bust operation.

They are able to dispose of at least 500 grams of ‘shabu’ per week.  But they are not drug users, Alcantara added.

Quoting the outcome of their investigation, Alcantara said they found out that Roberto was recently released from the Cebu City Jail in Barangay Kalunasan after he was arrested for a drug-related offense in 2018.

Both Roberto and Maide also have relatives who are now in jail for the same offense.

Following their arrest, law enforcers turned over custody of their children aged 13 and 3 to their parents.  The two were already asleep when agents broke into their home shortly after midnight on Saturday to arrest their parents.