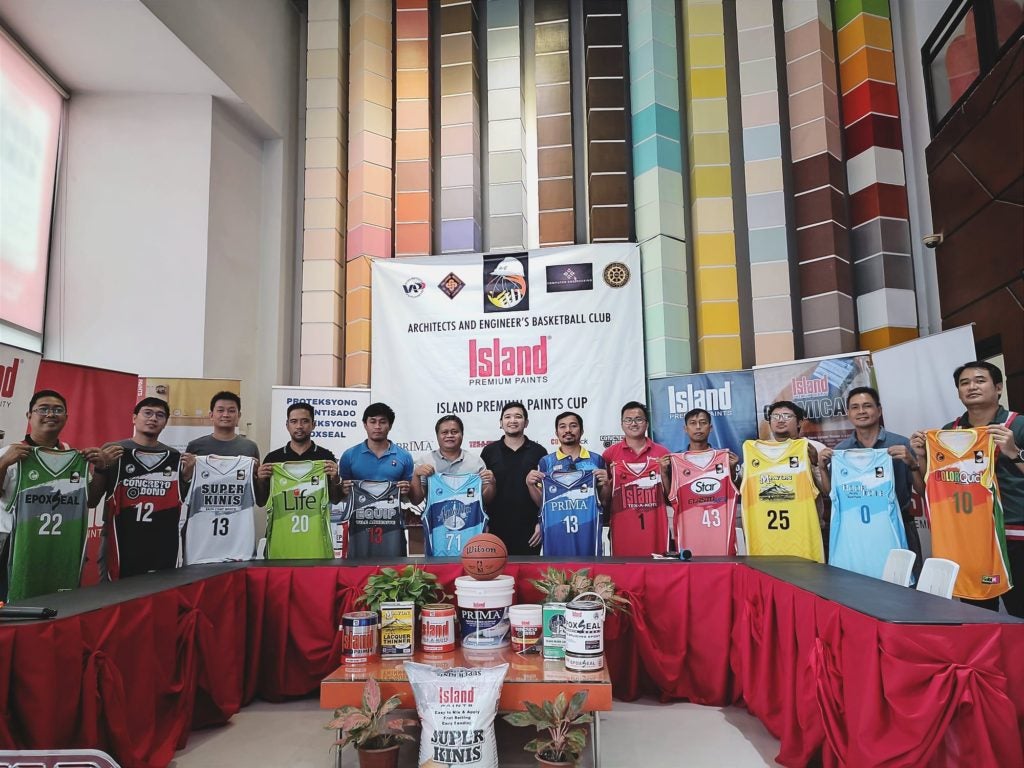 The team captains and organizers of the Architects and Engineers Basketball Club (AEBC): Island Premium Paints Cup gather in a show of unity.

A total of 12 teams will vie for supremacy in the event which will last until the end of November.

The 12 AEBC teams are comprised of Cebu-based engineers, architects, and personnel from Island Premium Paint as its guest team.

During its launching on Wednesday, one of the team captains, Armund Claro also an architect of the UAP-Cebu Chapter-Roofkote said that they’re very excited that everything is getting back to normal, giving them the chance to sweat out and strengthen their camaraderie through sports.

“We’re so excited that this league is returning and everything’s getting back to normal. We have been preparing ourselves not just with the team but all of the teams of the league so we can play again and compete,” said Claro during a press conference on Wednesday, October 5, 2022, at the Island Premium Paint showroom along A.S Fortuna Street in Mandaue City.

One of the organizers, Josephril Partosa said that they’ve started the league seven years ago which was cut due to the pandemic.

In 2020, before the lockdowns, they were able to draw in eight teams. However, that number got surpassed as 12 teams will vie tomorrow.

The 12 teams will be divided into two brackets. The competition will have two rounds. The first round is a single-round robin in each of the categories, while the second round pits the top four teams in each bracket. The semifinals and finals will then follow.

“This league is a great way to bond with my fellow mechanical engineers since we’ve played basketball the last time was college. We’re excited to play and also see this league grow larger,” said Ed Bonphyl Macasling of Team Mayon.

The opening ceremony tomorrow will kick off at 5:30 PM followed by the regular games. Handling the technical aspect of the event is commissioner Jax Bautista.   /rcg