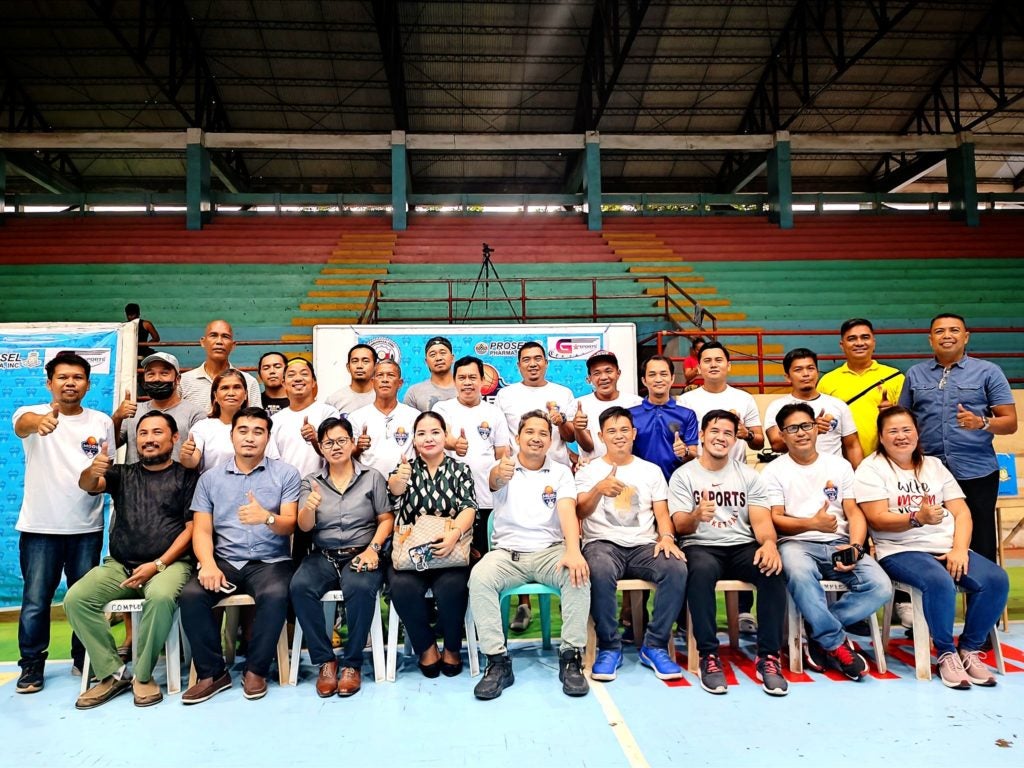 The organizers, sponsors, and coaches of the participating teams pose for a group photo during the launching of the MGBL Season 2 at the Minglanilla sports complex on Monday, October 3, 2022. | Photo by Glendale Rosal

CEBU CITY, Philippines — More than 40 teams comprised of aspiring hoopsters will vie in Season 2 of the Minglanilla G-Sports Basketball League (MGBL) that will kick off on October 9, 2022, at the Minglanilla sports complex, south Cebu.

In its launching on Monday, October 3, 2022, G-Sports Entertainment founder Gerry Canonigo expressed his excitement in unwrapping their grassroots basketball league after a two-year hiatus due to the COVID-19 pandemic.

MGBL is aiming to provide an avenue for young and talented basketball players who didn’t make it to the mainstream basketball teams in the Cebu Schools Athletic Foundation Inc. (Cesafi), with the hopes that their potential won’t go unnoticed.

“One of our missions in G-Sports is to come up with a Cesafi-type tournament. It’s because Cesafi is completely focused on Cebu City that many schools have many potential players, especially talented players from south and north Cebu who don’t have a tournament to showcase their skills. So, moving forward, G-Sports is here to become one of the avenues for sports to showcase their talent,” said Canonigo in a press conference at the Minglanilla sports complex last Monday.

There are five categories featured in the league which will last until the end of November. These are, 13-under, 15-under, 18-under, 21-under, and the girls 18-under.

Most of the teams competing in the league are from various basketball academies, schools, and universities outside of Metro Cebu.

“We started in 2018 with only 14 teams. Now we are fielding a record number of more than 40 teams in five categories. We’re so happy with the turnout of our registration. In fact, there are many teams asking to join the league,” added Canonigo.

The league will apply a ‘barangayan system’ format.

The top three teams in the 21-under and 18-under will receive cash and trophies from Prosel Pharma, the league’s official sponsor.

The rest of the category winners will earn trophies and sports equipment.    /rcg

Next Gen Hoops For Youth finals set in Minglanilla