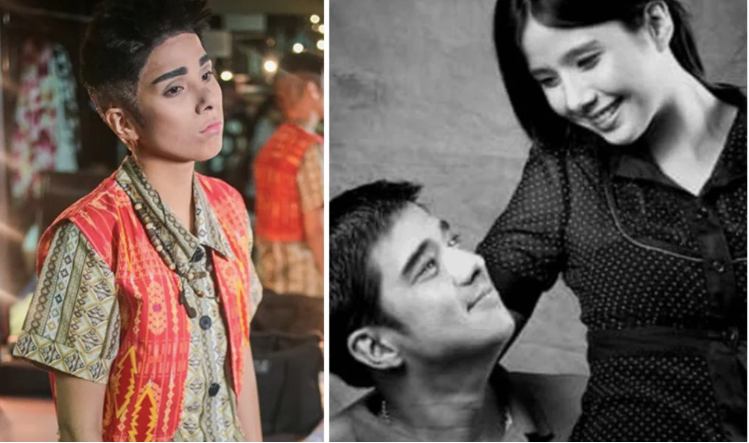 “This was a very meaningful day for me. It would’ve been my Pop’s 58th birthday and ever since we lost him in 2009, we’ve been honoring his spirit every year on his birthday by tuning in to his energy which we are so grateful we can easily do because of his legendary music,” simulang pagbabahagi ni Maxene.

“Just like he said in one of his interviews, ‘I am lucky to have been a recording artist and one day when I leave this world, just like the names I mentioned, my voice will be heard. Always. At a touch of a button or switch, I am ‘alive’ again. In essence music is life. Music is immortality.’

“On his birthday this year, I was vibing to his music on my way to a shoot that I did for #WorldMentalHealthDay and when I stopped for some green tea, I received a customer receipt for an additional free drink!

“All I had to do was answer a quick survey online. Apparently, this only happens by chance and it was the first time I experienced it so I really believe it was Papa who gave me that free drink because it was his birthday,” pagpapatuloy ng sister ni Elmo Magalona.

Kasunod nito, nagtungo naman daw siya sa isang restaurant, “to have dinner with the broskies @elmomagalona and @fmam + @denbuen. This was one of Papa’s favorite restaurants when we were growing up because he enjoyed watching the cool chefs prepare our food for us with matching tricks and all!

“As a Dad, he always wanted us to experience good energy which was why making beautiful memories together was very important to him.

“My father was no stranger to trauma and experienced his fair share of pain and suffering all throughout his life. Just like most of us, he really didn’t know how to deal with it nor heal it.

“He was always optimistic, though. He kept transforming his pain into power by continuously creating different forms of art.

“He never gave up. Sadly, he passed away because there was also a part of him that kept betraying himself and what his soul truly wanted. So much negative energy got stuck and stagnant in his system that his physical body eventually got sick,” lahad pa ng aktres.

“This is why I want to heal myself as much as possible and offer my healing as a way of honoring my Pop’s spirit and legacy as well. I love you, Pop. This is for you,” pahayag ni Maxene Magalona.