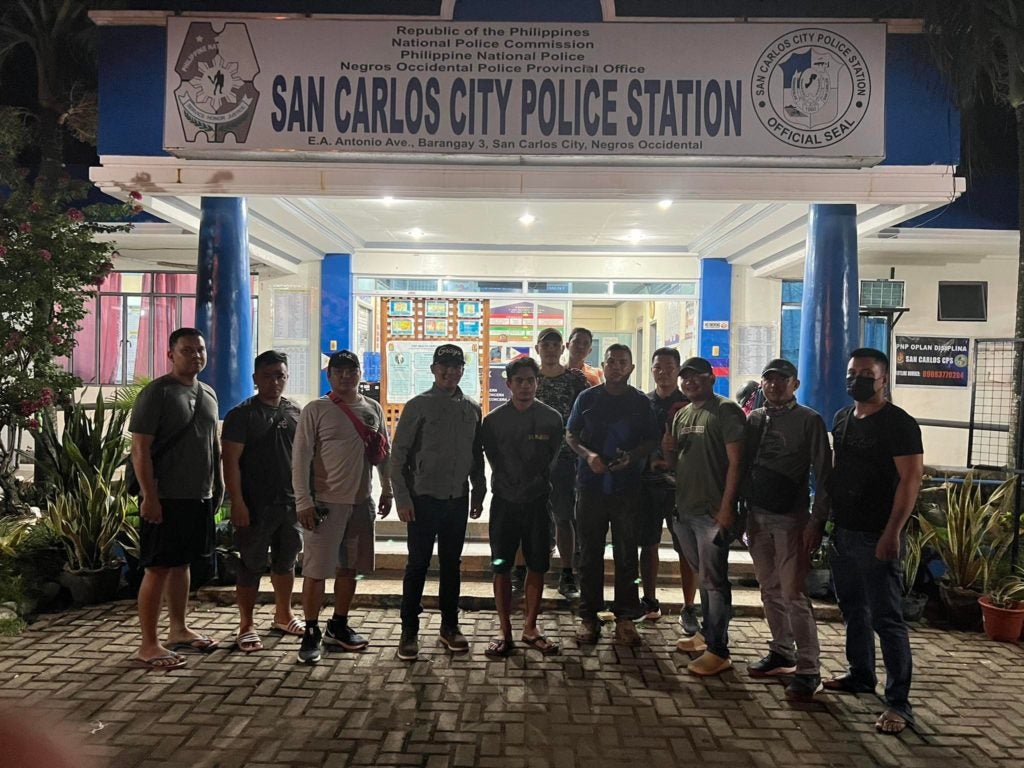 The suspect (5th from left) in the killing of a public school teacher in Naga City has been arrested in Negros Occidental at past 8 p.m. on Monday, Oct. 17. | Photo courtesy of City Government of Naga, Cebu FB post via Pegeen Maisie Sararaña

CEBU CITY, Philippines — The suspect in the killing last Sunday, Oct. 16, of a public school teacher in Barangay Inoburan in Naga City in southern Cebu, was arrested on Monday evening, Oct.  17, in San Carlos City in Negros Occidental.

Gemida is tagged as responsible for the killing of public school teacher, Jhun Leo Pañares.

Pañares was found lifeless and bathed with his own blood filled with stab wounds in the different parts of his body.

The victim is a teacher at Naga Integrated Center for Science, Technology, Culture, and Arts in the barangay.

According to the City of Government of Naga Facebook post, the suspect was arrested in San Carlos City in Negros Occidental at 8:20 p.m. on Monday, October 17, 2022.

Police recovered P10,000 cash from the possession of Gemida, together with his cellphone and a motorcycle.

Student gets 10 years for mother’s murder

Read Next
WATCH: SIM Card Registration Act: How will it work, the pros, and the dangers