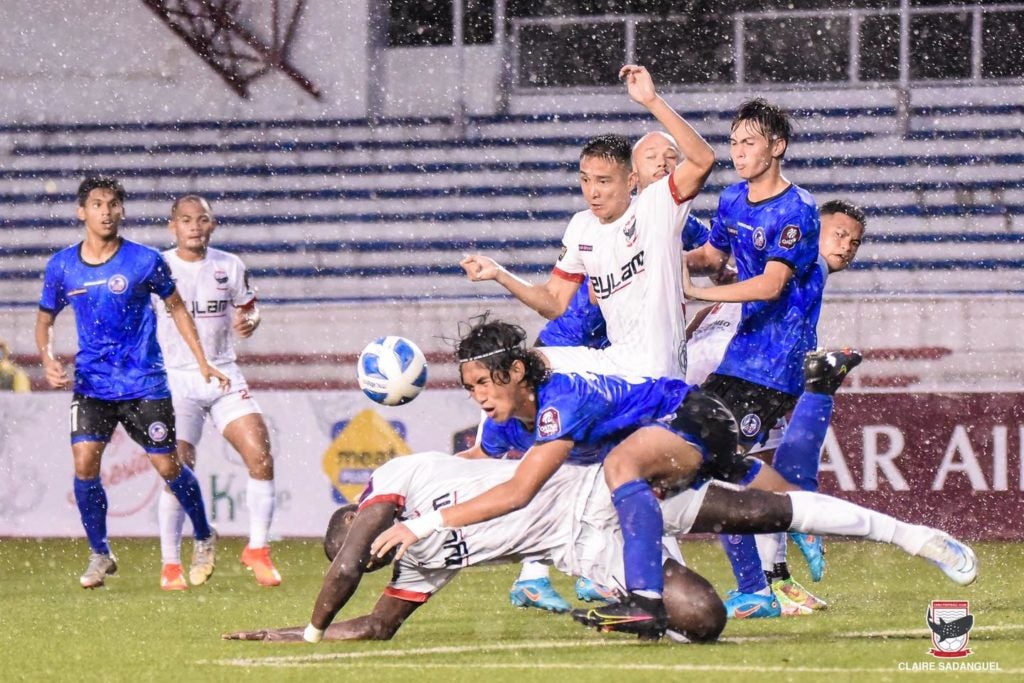 Players from the Cebu Football Club and Azkals Development Team scramble for ball possession during their PFL match last September 3 that ended in a 0-0 draw at the Rizal Memorial Stadium. | Photo from the Cebu FC Facebook page

The match was supposed to be played at the Dynamic Herb-Borromeo Sports Complex at the South Road Properties (SRP), but the ADT, according to the PFL, requested it to be canceled.

“The Dynamic Herb Cebu FC vs Azkals Development Team is hereby cancelled due to the request of ADT. The status of the match shall be deliberated upon by PFF and its corresponding committee,” stated the PFL in a Facebook post on Thursday evening, October 27,.

Many Cebuano football fans have already purchased tickets to the game, which was the Gentle Giants’ supposedly  last home match.

The Cebu FC management has already announced that they will be refunding the tickets soon.

It can be recalled that the match between the Gentle Giants and the visiting Stallion Laguna FC on October 23, 2022 at the Dynamic Herb-Borromeo Sports Complex was also cancelled and was moved to another date.

The Gentle Giants are currently ranked No. 3 in the standings with 21 points, tied with the United City FC, which is at second place via goal differential.

Kaya FC Iloilo momentarily leads the standings with 24 points, while the ADT is ranked No. 5 with nine points in hand.