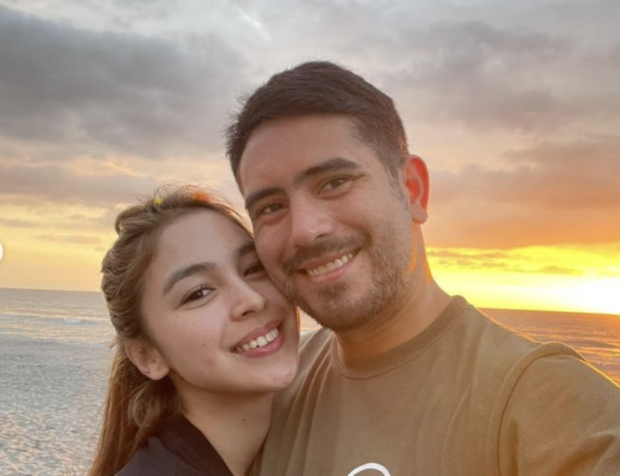 Gerald Anderson opened up about his plans of settling down and revealed that he is ready to start the next chapter of his life “anytime soon.”

The actor spoke about this after he was asked if marriage plans crossed his mind, in an interview with Star Magic for its digital video magazine, Flex, on Friday, Oct. 28.

(Anytime soon, yes. Of course I am ready. When I settle down, I want [everything to be in place] — the future of my children and wife are all secured. We are almost there.)

Anderson then talked about his girlfriend, actress Julia Barretto whom he called the “love of his life,” and how they surpassed the challenges in their relationship.

(The way she supports me is amazing, and I think that is the key factor why we were able to get pass through a lot [of challenges]. [Our relationship] is stable because of her.)

“Kung ano ‘yung sitwasyon namin ngayon, hindi ko alam kung mahihigitan pa namin dahil napakaganda ng sitwasyon naming dalawa ngayon,” he added. (I don’t think we will be able to have a better situation than what we have now, because we currently have a very good relationship.)

During the interview, Anderson also recounted the bridal bouquet given to Barretto at the wedding of “Pinoy Big Brother” housemate Joe Vargas and his partner Bianca Yanga, as per the actor’s wish. Anderson admitted he was overjoyed at the time that the actress was “spontaneous” and accepted the bouquet.

Anderson confirmed his relationship with Barretto in March 2021 through an interview with King of Talk Boy Abunda.

Last May, Barretto opened up on her marriage plans and admitted that she is ready to say “yes” if Anderson proposes to her in the coming months. The actress, who has been open about her willingness to quit showbiz and have a family within the next few years, stated that she is “not scared” and that she finds marriage “exciting.”