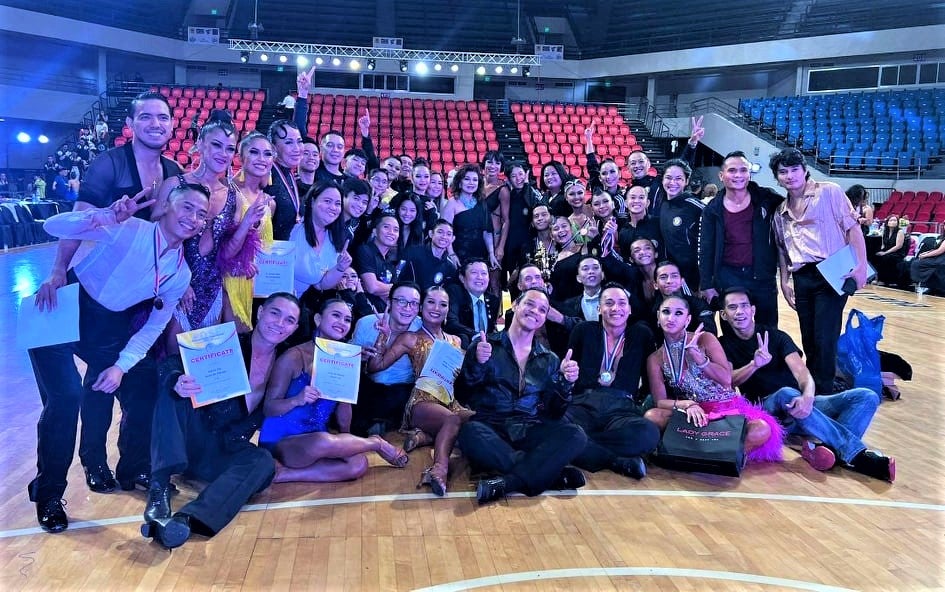 The team, headed by one of its founders and leaders Eleanor Hayco, the wife of DTCC’s director and founder Edward Hayco, harvested nine gold medals in the prestigious meet.

Eleanor and her partner, John Paul Mocorro, were among the winners for DTCC with two gold medals.

“Ten years ago, the team had a vision, a dream to dominate the championships. It wasn’t easy, it took a lot of effort, planning, sacrifice, initiatives, strategy, and a bag full of patience. After 10 years of perseverance, our Dancesport Team Cebu City finally dominated the national dancesport championship,” said Edward Hayco.

Eleanor and Mocorro topped the Latin Teacher-Student Special Event 55-above’s 3C and 3A categories. They also earned a silver medal in the standard senior 2C.

In total, DTCC finished their campaign with nine gold medals, nine silver medals, and four bronze medals to emerge as the top team in the competition.

According to Hayco, the pairs of Marquez and Sabalo, and Aunzo and Cañeda qualified to the 32nd SEA Games next year in Phnom Penh, Cambodia.

“Out of 100 high level and elite athletes, only six remained to reach the finals, and we swept the first places to the sixth places in the Latin category. It means that we will continue to dominate the championship for the next several years,” Hayco concluded.