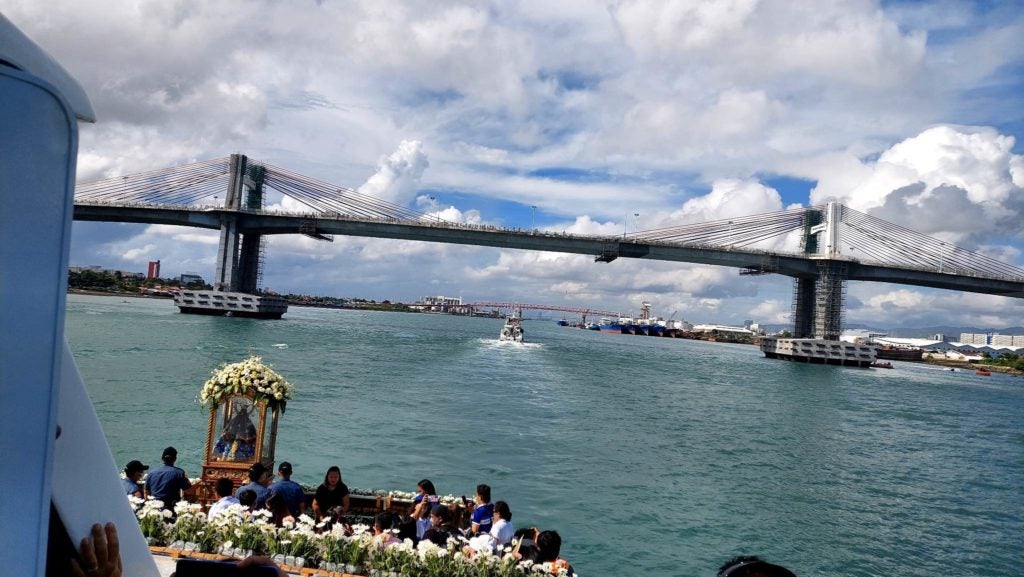 The fluvial procession for the miraculous image of the Nuestra Señora de Regla approaches the Marcelo Fernan Bridge on its way to the Muelle Osmeña Port.

LAPU-LAPU CITY, Philippines — The Roro Port in Barangay Poblacion, Cordova town is now being considered the permanent starting point for the annual fluvial procession of the miraculous image of the Nuestra Señora de Regla.

Lapu-Lapu City Mayor Junard “Ahong” Chan said he is considering the proposal of Cordova Mayor Cesar “Didoy” Suan to include the town in the annual fluvial procession.

On Saturday morning, Suan waited at the Roro Port to welcome the arrival of the miraculous image.

For so many years, the start of the fluvial procession of the miraculous image was always held at Pacific Club Resort in Barangay Subabasbas, Lapu-Lapu City.

However, the resort was damaged by Super Typhoon Odette in December 2021.

Chan said that Cordova’s hosting of the start of the fluvial procession will become part of the yearly activity.

Meanwhile, City Councilor Jeorgen Book, who chairs the overall activity of the fluvial procession, described the activity as successful.

The image of the Nuestra Señora de Regla arrived at the Roro Port at around 7:00 a.m. where it was welcomed by hundreds of devotees from the town.

From there, the galleon that carries the image traveled from the port to the coastal waters of Barangays Marigondon, Agus, Maribago, Mactan, Punta Engaño, then beneath the Marcelo Fernan Bridge where a flower drop was made, and the first Mactan-Mandaue Bridge.

The image arrived at the Muelle Osmeña Port in Barangay Poblacion, where it was welcomed by devotees, dancers, and officials from the Lapu-Lapu City Government, led by Chan, lone district representative Cindi King-Chan, and members of the city council.

Book also expressed her gratitude to the Philippine Navy, Philippine Coast Guard, Maritime Police, and other stakeholders who ensured the safety and success of the fluvial procession. 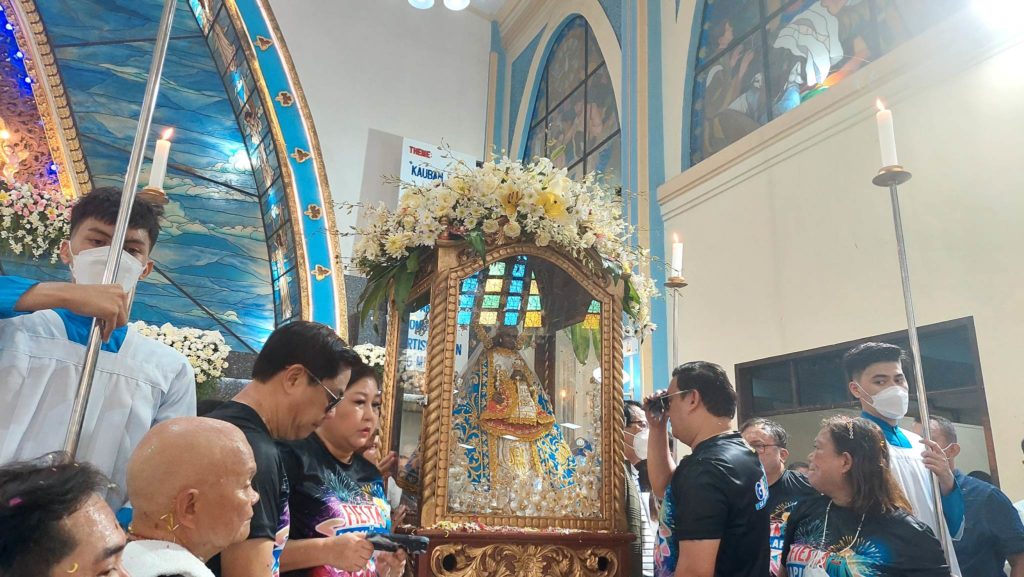 After the galleon docked at the port, the image was processioned to the Nuestra Señora de Regla-National Shrine Parish, carried by Chan, Cindi, and members of the city council.

The short foot procession was followed by a welcome mass at around 10 a.m. officiated by Auxiliary Bishop Ruben Labajo.

To recall, the fluvial procession was canceled in 2020 and 2021 and was replaced by a motorcade, due to the restrictions brought about by the Coronavirus Disease 2019 (COVID-19) pandemic.

The fluvial also marks the start of the novena mass that will last until its fiesta celebration on November 20 and 21.     /rcg

Read Next
15 contingents sign up this early for Sinulog 2023