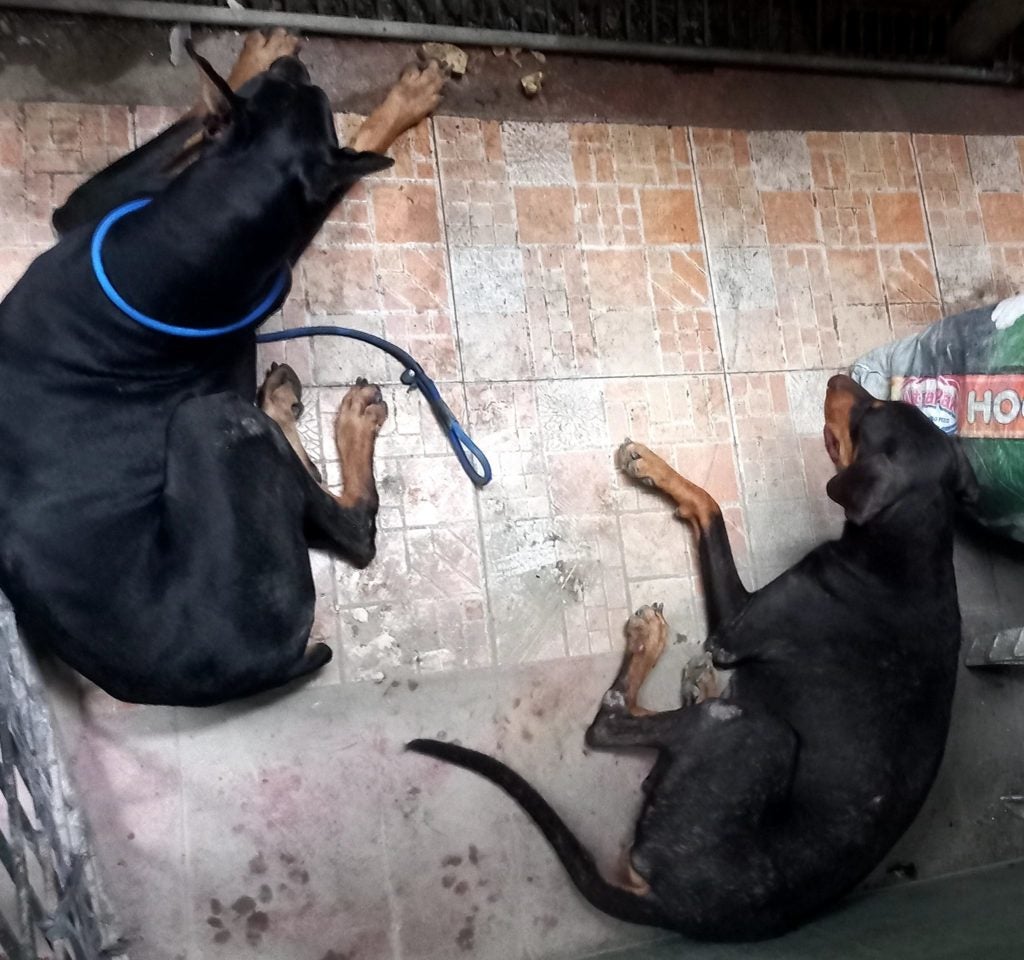 Shell and Gas, also referred to as Minnie and Mickey, are resting in the Estomatas’ residence in Cebu City. | Photo courtesy of Esperanza Alino Estomata

CEBU CITY, Philippines — A family in Cebu City earned the admiration of netizens after they took care and searched for the owners of the two lost dogs who hopped onto their car.

The matriarch, Esperanza, recounted how on Wednesday, she woke up to a surprising scene — her husband, Bobby, bringing home two huge but friendly dogs in their house.

Esperanza also shared how Bobby ended up with the two canines in tow. In her post, she said her husband found two big, black dogs occupying the passenger seats on the front and back while dropping by at a gas station in Brgy. Banawa.

The family, later on, called their two furry visitors Shell and Gas, derived from the gas station where their paths crossed.

Bobby called the gas attendants, thinking they must have been the gas station owner’s dogs.

But the attendants told him that they did not know their owners and that the two canines had been roaming around the station that morning, unaccompanied.

Moreover, the two dogs apparently never budged every time Bobby tried to get them out of the car.

“Bobby was left with no choice but to drive home with these two huge but very gentle and friendly dogs. They seemed to like Bobby. We already gave them water and our own dog’s dog food,” portions of Esperanza’s caption said.

In turn, Esperanza and the rest of the Estomata family went to social media in the hopes of locating the two dogs’ real owners.

Netizens were also quick to help the family in searching for Shell and Gas’ owners.

Finally, on Thursday, after scouring and receiving multiple messages and calls, they contacted the real owners of the canines.

Esperanza told CDN Digital that the dogs’ real names were Minnie and Mickey, like the two popular Disney characters.

“Mickey and Minnie, as their owners call them, have just been picked up by their owner,” she said.

The Estomata family also thanked everyone who helped them find Minnie and Mickey’s humans.

“It was a pleasure having you, Mickey and Minnie! Til our paths cross again,” said Esperanza.

Look Through: A stray dog’s second chance at life