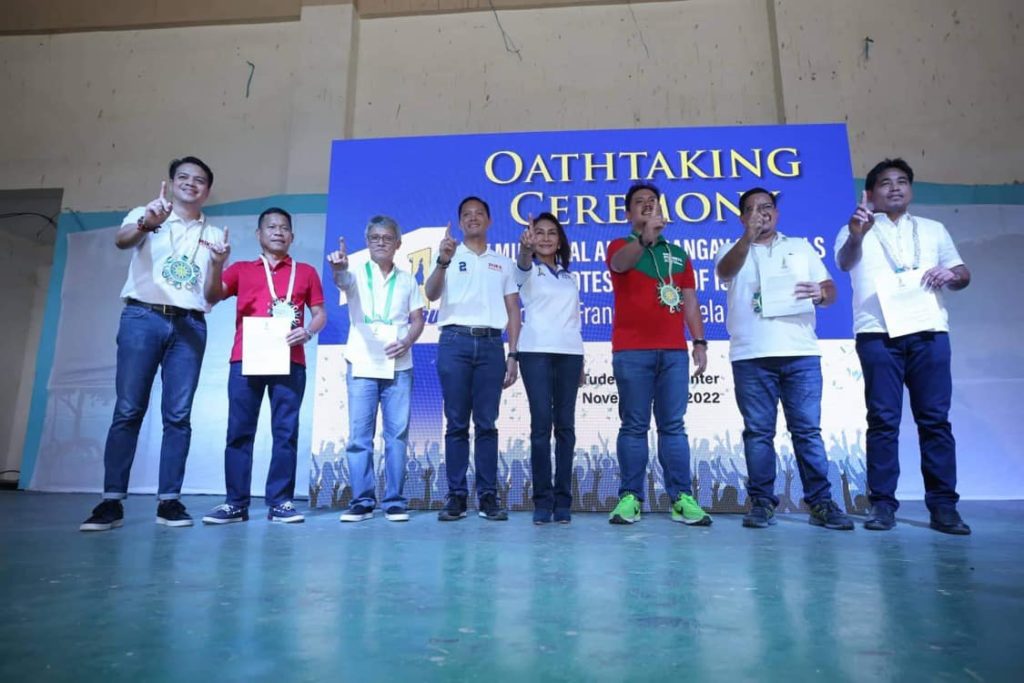 CEBU CITY, Philippines – 1Cebu, the political party led by the Garcia family, has welcomed more members into their fold.

All incumbent local officials from Camotes Island, from the mayors down to the barangay councilors, pledged allegiance to 1Cebu during a mass oathtaking held last Saturday, November 26.

They took their oaths before Gov. Gwendolyn Garcia, president of 1Cebu. The event took place at the Tudela Civic Center in the town of Tudela on Camotes Island.

According to reports, a total of 89 incumbent officials from Camotes Island shifted their political allegiance to 1Cebu.

Camotes Island is considered a stronghold of the Barug Alang sa Kauswagan ug Demokrasya (Bakud), the political opponent of 1Cebu, which is led by the Duranos.

Before the mass oathtaking was held, the mayors and vice mayors in the four municipalities of Camotes Island have already pledged their allegiance to Team Frasco.

Durano said the development was “unfortunate but part of political reality.”

“We understand the circumstances and we do not harbor ill feelings toward defecting party members, partners, and friends,” he added.

Officials from Camotes Island earlier said they decided to jump to 1Cebu for the welfare and sake of their constituents.