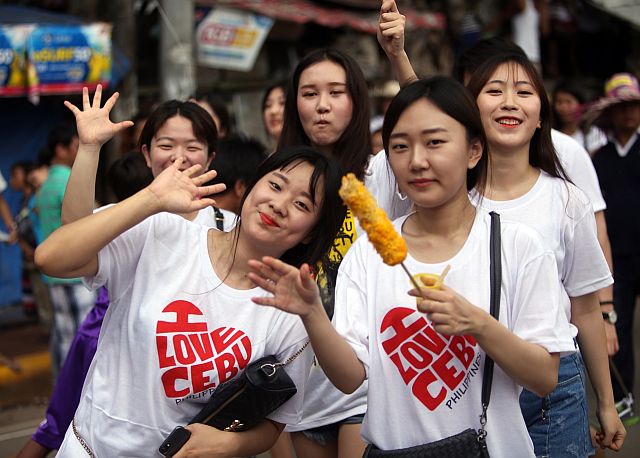 CEBU CITY, Philippines – Cebu welcomed over 2 million tourists, both local and foreign, during the first nine months of the year, data from local tourism officials showed.

During the Economic Diplomacy Townhall Meeting of the Department of Foreign Affairs (DFA) on Tuesday, December 6, at the Capitol Social Hall, the Department of Tourism in Central Visayas (DOT-7) announced that Cebu recorded approximately 2.3 million in tourist arrivals between January to September 2022.

Of this number, 20 percent or 337,086 happened to be foreign arrivals while the remaining 1.9 million were domestic tourists.

Even before the pandemic virtually halted all tourism activities and operations here, South Korea was the largest market for foreign arrivals in Cebu.

Rounding the top three markets for foreign arrivals in Cebu are the United States of America (USA) and China.

Around 61,000 U.S. tourists and 42,000 Chinese tourists visited Cebu between January and September. Next to China was Japan, with 17,090 tourist arrivals.

“I’d like to point out (that) there’s a leap across the country (in terms of foreign arrivals), coming from South Korea, Australia, Canada, Singapore and France over the past months and we’re looking forward to more positive tourism arrivals come 2023,” said Gelena Asis-Dimpas, Chief Tourism Operations Officer for DOT-7.

Asis-Dimpas also told the audience during Tuesday’s activity, which included at least eight newly appointed Philippine Ambassadors, that their current data serves as proof that Cebu’s tourism industry is posed to have a rosy future, especially after two years in lockdown.