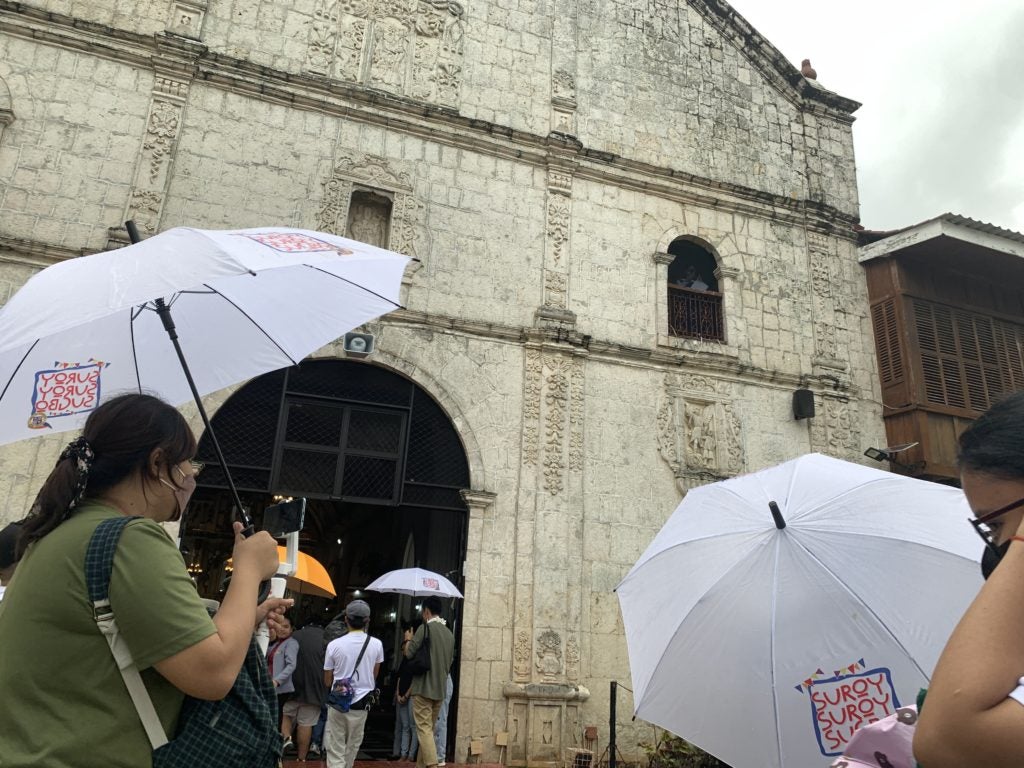 Participants of Suroy-Suroy sa Sugbo 2022 visit the San Guillermo de Aquitania Parish Church of Dalaguete, one of Cebu’s heritage churches in the south, during the Dalaguete leg of the tour last November 18, 2022. | CDN Digital Photo by Morexette Marie Erram

CEBU CITY, Philippines – Local officials in the southern portions of Cebu province welcomed the proposal to put up a commercial airport there.

“(It will definitely) provide the support of tourism in the south,” Cesante told reporters on the sidelines of the Dalaguete-leg of Suroy Suroy sa Sugbo last November 18.

Prior to Suroy Suroy’s comeback last November 18, officials from the Capitol and the Tourism Infrastructure and Enterprise Zone Authority (Tieza) bared plans to put up an airport in the southern part of Cebu.

More specifically, in a Tieza-owned property in Dalaguete. Should the proposal come to fruition, it would mean more opportunities not only for locals in Dalaguete but also in neighboring municipalities.

“Once development is there, once the traffic is there it will provide a boom to the industry of tourism… provide opportunities for jobs… some of the investment for infrastructure,” said Cesante.

“It will be a… pagboom sa entire south Cebu,” he added.

Tieza, the infrastructure arm of the Department of Tourism (DOT), earlier told the provincial government that they want to develop several of their properties in southern Cebu, including those in Dalaguete.

The proposed airstrip there will have a land area of approximately eight hectares, and a runway spanning up to 1.2 kilometers.

Should the planned airport pushes through, it will mean a shorter travel time for tourists who want to visit the southern portion of the province. These include the town of Oslob, which is popular for its whale-shark watching activities, Badian and Alegria for their canyoneering, Santander and Samboan which served as jumping points to Dumaguete City, to name some.

Tieza also wants to redevelop the Argao Beach Club, also known as the Dalaguete Beach Park. The property cradles the boundary of Argao and Dalaguete towns.

Read Next
Indonesia quake kills over 160, search for survivors continues