P3M worth of properties lost in Pahina Central fire 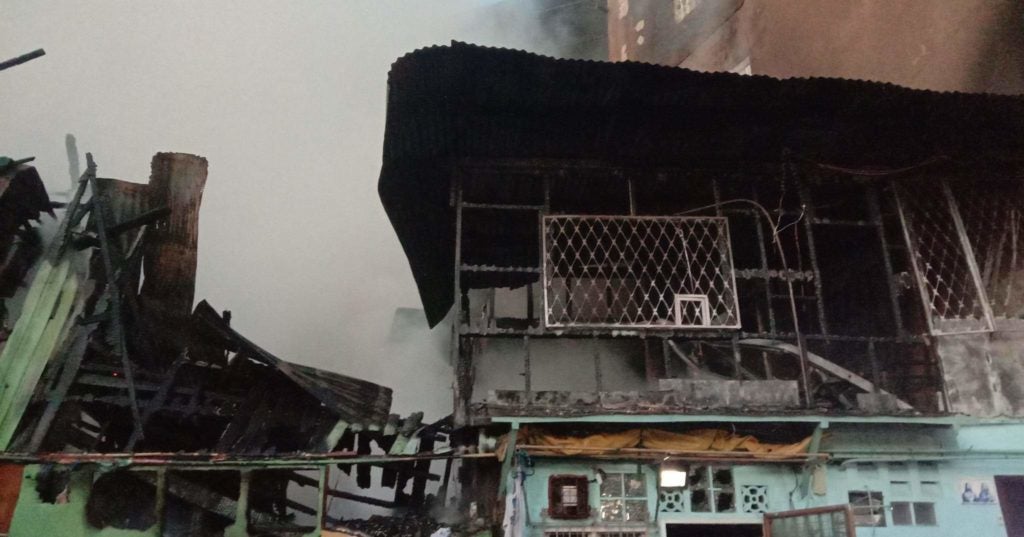 Six homes were destroyed while three others were damaged by a fire that hit Barangay Pahina Central in Cebu City just a few hours before New Year’s Eve. | Paul Lauro

CEBU CITY, Philippines – At least three million worth of properties were destroyed while two persons were injured when a fire broke out in a residential area in Barangay Pahina Central in Cebu City on Saturday, Dec. 31, just a few hours before New Year’s Eve.

The fire burned six homes and partially damaged three others, according to Fire Officer 1 (FO1) Pedie Canillas of the Cebu City Fire Station.

According to Canillas the fire was reported at 5:26 a.m.  It was placed under control 23 minutes later before it was finally put out at 6:10 a.m.

Canillas said the fire was traced to have started at the residence of Stephen Belucora, who was among the the two injured residents.  The other one was identified as Jun Buendia, 58.

Belucora said in an interview that the fire started at the second floor of their home that is located near a gasoline station in Barangay Pahina Central.

Belucora accidentally stepped on a broken glass while trying to put out the flame in his home.

His neighbor, Buendia, also sustained minor burns on his back as he tried to help.