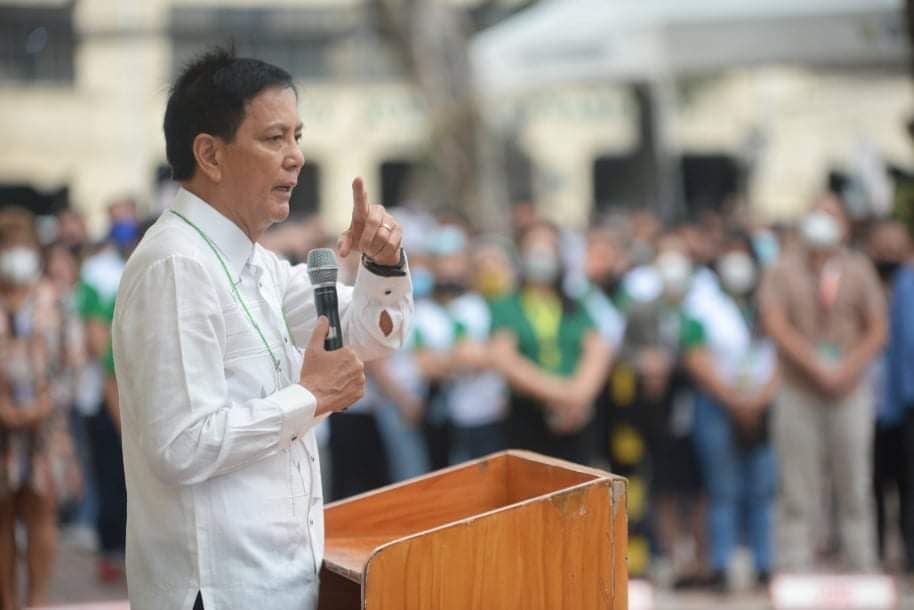 Rama, in an interview with Cebu-based radio station dyHP, requested the police to reconsider their recommendations of suspending mobile phone networks on January 14 and January 15.

The mayor also claimed that they were not consulted on the suggestion for a signal shutdown in selected areas in Metro Cebu, including the city.

“Please, I don’t want to quarrel [with] you (police). We are the organizer. Did you ever visit us, the organizer, how will we go about?” he added.

In a letter dated January 6, the NTC gave the Police Regional Office in Central Visayas (PRO-7) the go signal to jam mobile phone signals in areas where activities of the 458th Fiesta Señor and the Sinulog Festival will take place.

The signal shutdown will cover the Fluvial Procession, and Solemn Procession this Saturday, January 14 as well as the Grand Parade this Sunday, January 15.

This means that starting this Saturday, from 4 a.m. to 10 a.m., devotees and spectators should brace for mobile connectivity loss in the cities of Mandaue, Lapu-Lapu and Cebu.

On the same day, mobile networks will again be suspended between 12 noon to 8 p.m. in downtown and uptown Cebu City for the Solemn Procession.

Mobile phone signals will also be cut off in downtown Cebu City and the South Road Properties (SRP) from 5 a.m. to 7 p.m., or at least 15 hours, on Sunday or during the Sinulog Grand Parade.

PRO-7 has yet to announce its decision on the matter.

Signal shutdown in areas for Fiesta Señor, Sinulog in SRP