Festival hopping in honor of the Black Nazarene and Sto.Nino 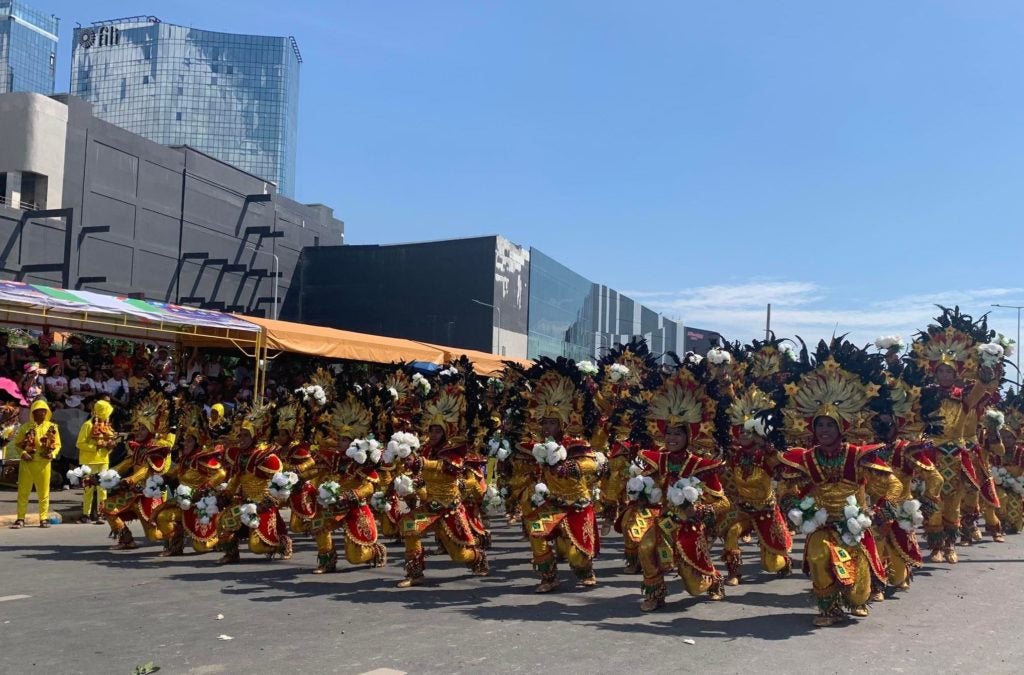 The Sinulog is one of the festivals that is held every January to honor the child Jesus, the Sto. Niño. | CDND FILE PHOTO | Pegeen Maisie Sararaña

Filipino Catholics are known for having sincere, enormous, and extreme expressions of piety considering that the country is the third-largest Catholic population in the world.

The colorful culture of the Philippines is best seen through the vibrant festivals which are essentially fusions of Catholic and secular beliefs and practices.

Festivals are prime manifestations of the Filipino’s fervent devotion and faith characterized by history, artistry, creativity, and passion.

Historian Xiao Chua explained in an interview that Filipinos are “visual” people when it comes to faith and history who like to tell stories by acting them out in the form of mass gatherings like processions.

The month of January is the best month for festival hopping in honor of Jesus Christ, either as the young Santo Nino or as an adult Black Nazarene.

After the Traslacion of the Black Nazarene in Quiapo in Manila every Jan. 9, the main religious festivals in the succeeding weeks in honor of the child Jesus are Ati-Atihan of Kalibo in Aklan and Sinulog of Cebu (second weekend), Dinagyang of Iloilo (third weekend)  and Dinagsa of Cadiz City (last weekend).

The Traslación is a reenactment of the transfer of the Black Nazarene’s replica image from Intramuros to Quiapo Church in 1787.

I remember my father attending the annual Traslacion until he stopped when he was diagnosed with diabetes. It will be dangerous for him to walk barefooted like the other devotees due to the possibility of wounds.

He said that it is a symbolic gesture that emulates Christ’s suffering while carrying the cross to Golgotha.

Xiao noted that the “simulated choreographed craze” and the hardships of the devotees  —  the trouble and being pushed around during the procession —  “is like showing God that one is making sacrifices, atoning for his sins and making him reflect. ”

Large crowds donned in maroon and yellow shirts wave white towels in the air as they forcefully gathered towards the carriage as it crawled through the generally narrow roads of Quiapo. It is  part of their panata (vow) which is usually carried out as a plea to God or as thanksgiving for healing, blessing or granted wish.

They believe that walking barefoot, wiping the image with the towels, holding and pulling the rope of the andas, and even climbing the carriage, will get them closer to achieving their prayers.

Even if the Santo Nino statue is a diminutive figure, Jesus is depicted as a small king with royal regalia: crown, red cloak of intricate embroidery, with its left hand holding a cross-bearing orb (a symbol of Christian authority), while its other hand is in a priestly blessing gesture.

In Cebu, Sinulog is the ritual prayer-dance honoring the Santo Niño, which was the baptismal gift the Portuguese conquistador Ferdinand Magellan gave to Raha Humabon in April 1521.

The word Sinulog came from the Cebuano adverb “sulog” roughly meaning “like water current movement” describing the forward-backward dance movements. The dance consists of two steps forward and one step backward, done to the sound of drums.

In Iloilo, the word Dinagyang came from a Hiligaynon word “dágyang” meaning “merrymaking.” It was traced to the pact between the Datus and the locals after the arrival of Malay settlers and the legendary barter of Panay Island from the natives called Ati.

The main part of the festival is the Ati tribe competition which consists of a number of “warrior” dancers (who hold a shield in one hand and a spear in another) in a tribe (locally called “tribu”) dancing in a choreographed formation and patterns as well as chanting to the sound of loud drum beats and improvised percussion instruments innovated by the respective tribes.

In Aklan, Ati-atihan means “to imitate like the  Atis,” that is, pretending to be like the aboriginal natives that once inhabited Aklan. The street parade is known as Sadsad, a form of dancing where the foot is momentarily dragged along the ground in tune to the beat played by the marching bands.

In Cadiz City’s Dinagsa, the participants of the street merrymaking are smudged with latex paint on their face while dancing with rhythmic beating of drums in honor of Señor Santo Niño de Cadiz. Xiao noted that festivals reflected the faith that most Filipinos already had before the Spanish contact in 1521.

“We saw anitos in the saints, we saw anting-antings (charms) in our rosaries and crosses, we saw our dead in the Santo Entierros and Nazarenos and wipe them with hankies to get their power to heal. We sing the Pasiong Mahal like we chant the old epics,” he said.