UP student and faculty groups: Proposed ordinance an attempt to curtail academic freedom 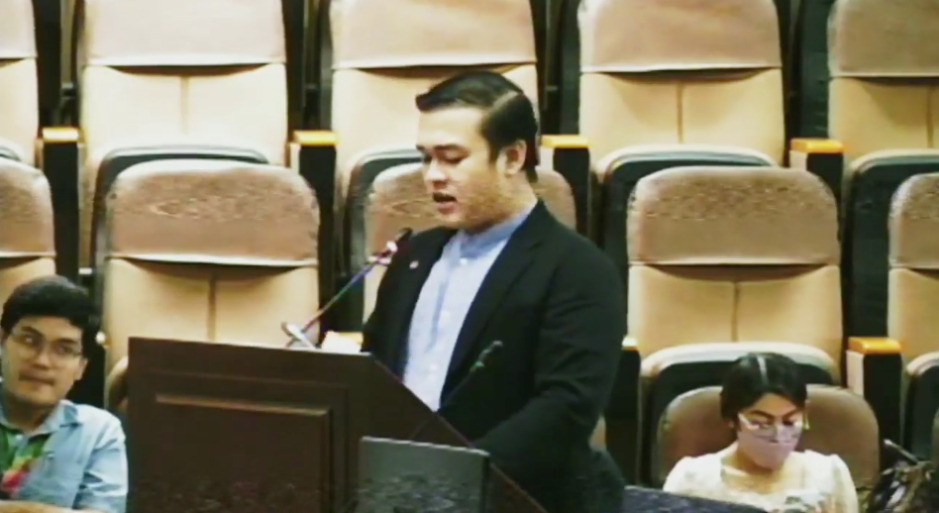 CEBU CITY, Philippines — The students and faculty organizations of the University of the Philippines Cebu (UP Cebu) expressed opposition to the proposed ordinance of Cebu City Councilor Jose Lorenzo Abellanosa, which requires universities and other institutions of learning in the city to submit a list of their calendar of activities to the city police.

The Cebu City Council on Wednesday, Jan. 18, 2023, held a public hearing for Abellanosa’s revised proposed ordinance with a shortened title of “Anti-violence and School Safety Ordinance of Cebu City.”

However, only UP Cebu, among the schools and universities in the city, were able to voice out their concerns by presenting their position paper and circumstance before the council on Wednesday.

Noe Santillan, VP for Faculty of the All UP Academic Employees Union, said that they “strongly reject” the proposed Cebu City ordinance requiring all schools, universities, and other institutions of learning to submit their calendar of activities to the Cebu City Police Office (CCPO).

“Such a proposal is yet another attempt to curtail the academic freedom of institutions of learning which is enshrined in the 1987 Constitution,” he said, noting that the CCPO does not have any business storing academic calendars and checking on the academic activities of educational institutions.

He said academic calendars were already freely available online in some institutions for public consumption.

“But requiring academic calendars to be submitted to the CCPO, brazenly empowers an agency that does not have any business with academics in the first place,” he added.

Likewise, Crystal Cimafranca, Student Council chairperson of the University of the Phillippines-Cebu, said they highly opposed the proposed ordinance as they believed that such ordinance would impose threats to the students’ academic freedom given their experience in the past.

She enumerated the “attack” they allegedly experienced “perpetrated by the state forces,” on June 5, 2020, when students and alumni from UP Cebu had been arrested from protesting against the then Anti-Terror Law amidst their freedom of speech and assembly.

“On the same event, the UP DND Accord has been defiled when members of the state forces chased the students inside the university inflicting tremendous fear and trauma among them,” she said.

Meanwhile, Councilor Jocelyn Pesquera, for her part, majority-floor leader, said that there was nothing in the proposed ordinance of Abellanosa that curtailed the right of assembly and the right of the school to come up with activities.

She also assured the speakers that the proposed ordinance was still subject for final deliberation.

Abellanosa, the proponent of the proposed ordinance, for his part, said his measure only aimed to heighten security measures in public and private schools in the city to ensure that schools, teachers, students, and their parents would be safe from the threats of gun violence during school events.

The councilor, in his draft ordinance, noted the shooting incident during the graduation rights of the Ateneo de Manila University Law School last July 24, 2022, which resulted to the death of three individuals, including a former mayor, her aide, and the security guard of that school.

However, Councilor Philip Zafra also pointed out that there were some points in the proposed ordinance that would need specification and clarification.

“Although, it is silent in the provision of the herein proposed ordinance, but never the less if they will hold, like for example, a rally perhaps inside the university or campuses, they are duty-bound to inform the law enforcers about that because that’s an event,” he said.

“Because, the one being specified here, is maybe, yes, wala na diha, pero (it’s not there, but) that’s still an event. Mr. chairman, I am not red, but I am radical minded,” he added.