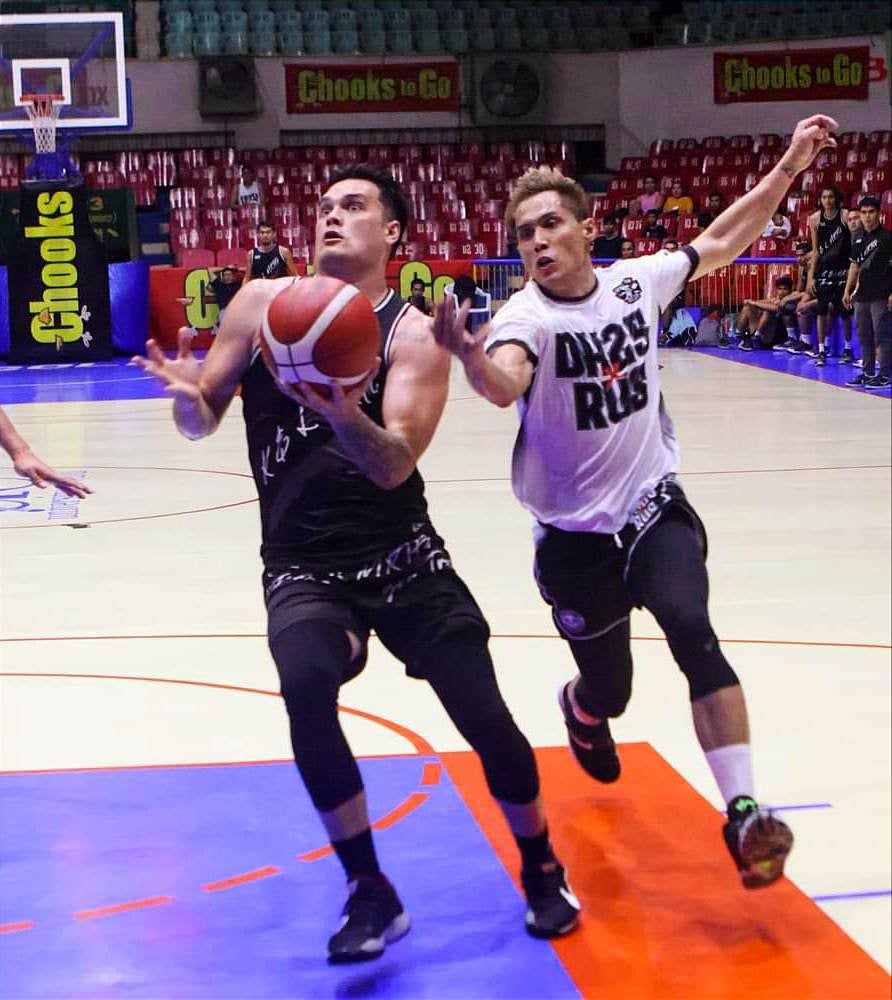 K&L’s William McAloney slips past the defense of Dondon Hontiveros of DH25-RUS in their semifinal match of the Sinulog Basketball Cup Tournament on Sunday evening. | By Sugbuanong Kodaker

CEBU CITY, Philippines— The K&L Marketing and the EGS Aneda Builders forged a winner-take-all championship match in the Chooks-to-Go Sinulog Cup 2023 Basketball Tournament by eliminating their respective foes in the fiercely-fought semifinals on Sunday night, January 22,  at the Cebu Coliseum.

The championship match between K&L and EGS is scheduled at 6:30 p.m. tonight at the same venue, while the battle for third featuring DH25-RUS and UNBL is at 5 p.m.

Jan Patrick Cabahug and William McAloney’s tandem on the floor proved to be the key for K&L’s victory against Hontiveros’ DH25-RUS. This as McAloney dropped 21 points with 14 rebounds, two assists, and two steals.

On the other hand, Ice Blanco Hontiveros and Shaq Imperial each scored 15 for DH25-RUS, while Jaybie Mantilla had 12 markers.

DH25-RUS played without its top scorers Reed Juntilla, Jonel Bonganciso and Fritz Menguito, whom Hontiveros previously announced to play for them last Saturday after the eliminations.

Without their frontliners, DH25-RUS saw themselves trailing in the second half. However, they managed to cut the multiple-possession lead to tie the game at 77-all from Hontiveros’ triple with two minutes remaining in the game.

However, Cortes quickly answered with his own three to put back K&L ahead,80-77.

Blanco managed to cut the lead to just two, 78-80, after splitting his free throws with a minute left.

DH25-RUS had a good chance to grab the lead, but Blanco missed a triple with 30 seconds remaining. Worse, Hontiveros was fouled out of the game after committing a foul to prevent Eloy Poligrates from scoring a breakaway layup.

With 21 seconds remaining, Blanco secured a defensive rebound, but committed a crucial turnover, forcing them to foul to prolong the game.

McAloney then split his free throws, 82-78, to hammer the last nail in the coffin.

READY FOR THE CHAMPIONSHIP

For his part, Vanguardia said that he’s confident even before the tournament started because of his stacked roster.

However, UNBL put on a good fight in their semifinal match.

Read Next
Here’s the rub