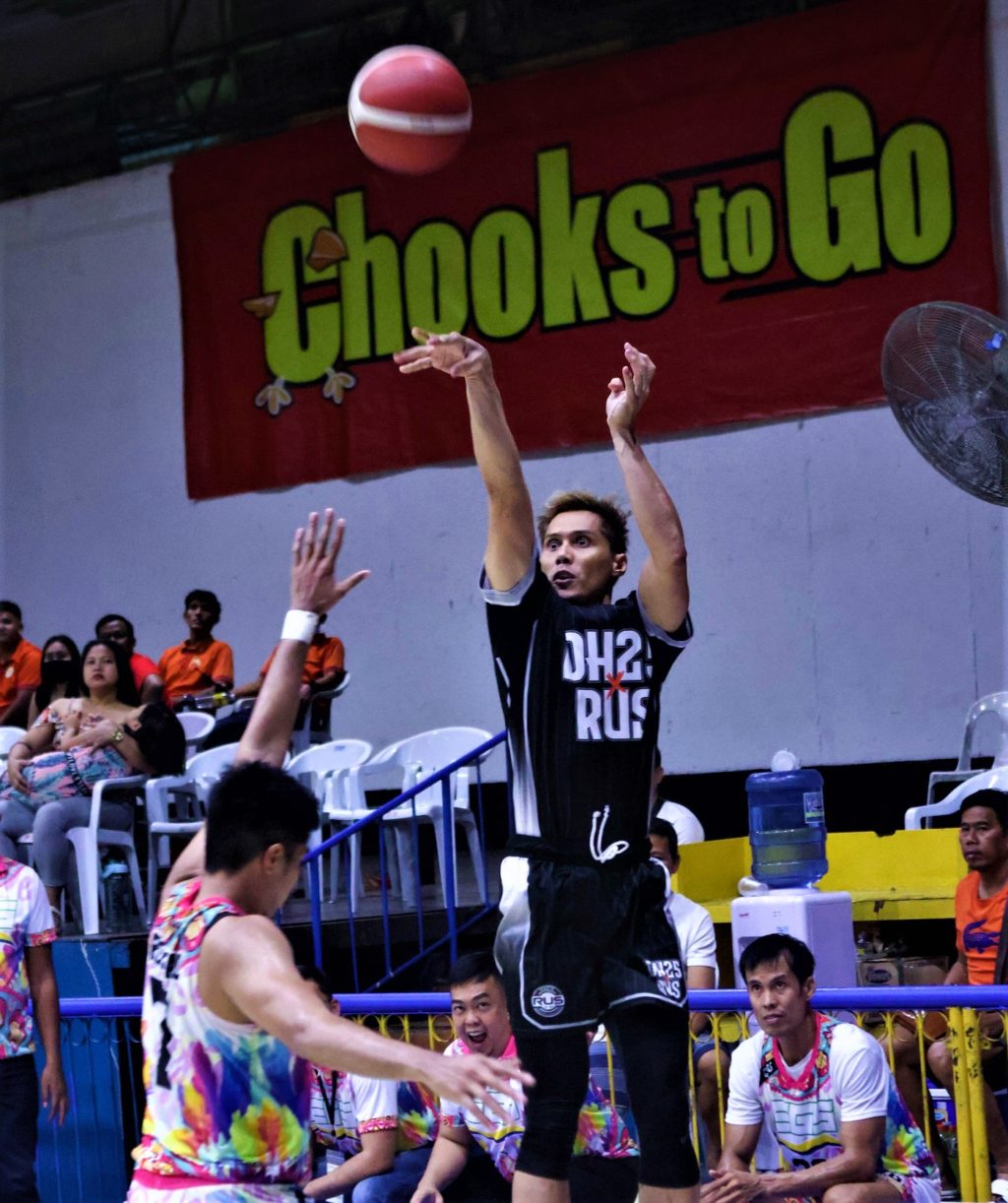 CEBU CITY, Philippines—- The DH25-Rock Uniform Solutions (RUS) cruised to the semifinals of the ongoing Chooks-to-Go Sinulog Cup 2023 Basketball Tournament after routing the EGS Aneda Builders, 94-83, on Saturday evening, at the Cebu Coliseum.

With the victory, DH25-RUS of Cebu City Councilor Dondon Hontiveros forged a semifinal showdown against K&L Marketing which will be held later at 5 p.m. at the same venue.

Meanwhile, EGS Aneda Builders has a chance to bounce back by facing the United Negros Basketball League (UNBL) All-Stars Bacolod in the other semifinal match at 7 p.m.

He paired it with four rebounds, seven assists, one steal, and two blocks.

Most impressively, Imperial converted six of his 12 three-point attempts. In total, DH25 banked on their three-point shots, converting 15 of 42, while EGS only made eight of their 25 attempts.

During the game, DH25 established a 19-point cushion heading into the final period, 79-60, despite the absence of Hontiveros due to an injured left ankle which he sprained in their previous game.

Hontiveros had a bad landing after securing a defensive rebound against Galinato in the second period.

Hontiveros, sensing danger for his team, subbed in in the last two minutes and nailed a triple at the left wing to bring back their lead to nine, 92-83.

As the clock winded down, EGS’ missed crucial shots, while Imperial scored a breakaway layup to put icing on the cake, 94-83.

UNBL All-Stars Bacolod routed K&L in the other game on Saturday evening, 87-67, to book a semifinals showdown with EGS Aneda Builders at 7 p.m. today.

Read Next
Andi Eigenmann ‘cried so hard’ when she didn’t get Marimar role: ‘Now I’m living that Marimar life’