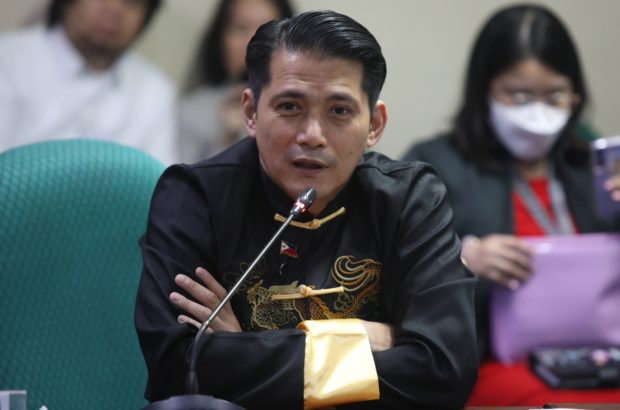 MANILA, Philippines— There was nothing like Senator Padilla to lighten the mood at a serious Senate hearing.

For a moment, Padilla provided comic relief in the often tension-filled Senate chamber, which on Tuesday was conducting a hearing on the Philippine offshore gaming operator  (Pogo) industry with his “Jackie Chan” attire, as one colleague described it.

Senator Sherwin Gatchalian, chairman of the Senate committee on ways and means, noticed Padilla’s outfit when he entered the hearing room.

“Let me acknowledge the presence of Senator Robin Padilla, who is in his Jackie Chan attire,” Gatchalian said, drawing laughter from another senator, Ronald “Bato” dela  Rosa.

Padilla, for his part, described  Gatchalian  as the “Einstein of the Senate.”

After the banter,  Padilla gave his opening statement, saying he initially thought he was no longer needed in the probe since he knows nothing about gambling.

(But when I heard this is about criminals, I’m needed here because this is my line [ of expertise]. So that’s why I’m here; I will listen first.)

(Thank you, Senator Padilla, for that. I’m sure criminals would be afraid of your Jackie Chan attire.)

The Senate probe led by Gatchalian’s committee centered on alleged crimes and other irregular activities by some offshore gaming operators in the country.

Later in the hearing, Padilla commented that gambling is a moral issue.

(But my only request is that gambling is a moral issue. We already have a problem here. All of us here—I’m a Muslim, you are Christians—we all know that gambling  is  illegal in the eyes of God.)

(We are here because the government earns from the people working there. So,   this is still a syndicate we’re trying to legalize. But I hope we don’t turn into a syndicate.)

Padilla also urged  Pagcor to help the government address the problems on Pogo operations without passing the blame on anyone, specifically the agency’s previous management.