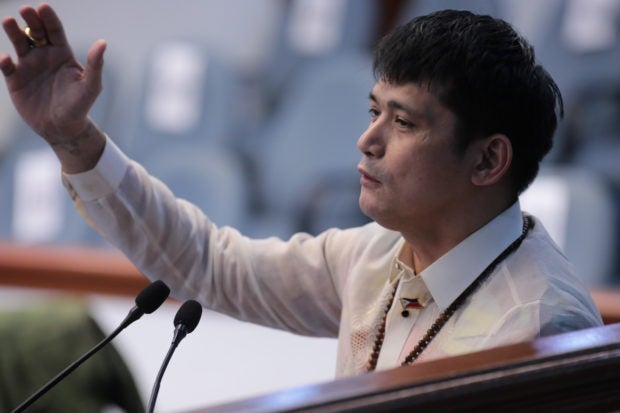 Sen. Robinhood Padilla, during the plenary session in this phot taken on August 3, 2022. Domingo/Senate PRIB

Padilla made the remark during Tuesday’s plenary session after Senator JV Ejercito called for the improvement of the railway system.

(I would like to suggest to our beloved senator from San Juan that there is a trend now which they call ropeway. This is the use of cables.)

(I would like to suggest it as it will be suitable for the Philippines, especially in Metro Manila, because of traffic. These are cable cars.)

Padilla noted that bad traffic leads to inadequate development of the country.

A sound transportation system can resolve the persisting traffic, and strengthening railways is another way to address this, said Padilla.

The senator further pointed out that the country’s geographical setting demands trains.