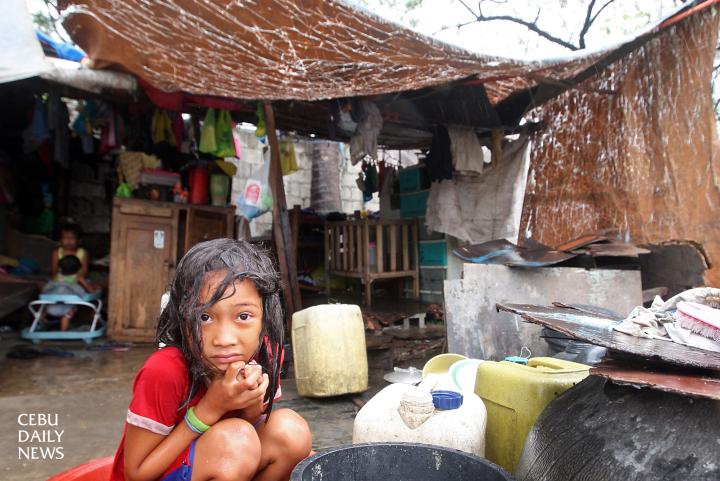 Power outages were reported in south Cebu towns of Oslob and Alcoy as typhoon Seniang made a second landfall in Bohol province about 10 p.m. last night.

The rains will taper off on Wednesday with sunny periods expected by  Thursday yet, said Oscar Tabada, Pagasa Visayas director.

The storm is crossing Central Visayas at a low ground speed of 11 kilometers per hour.

Southern Cebu was placed under public storm signal no. 2, while the rest of Cebu, including Cebu City, was under signal no. 1. 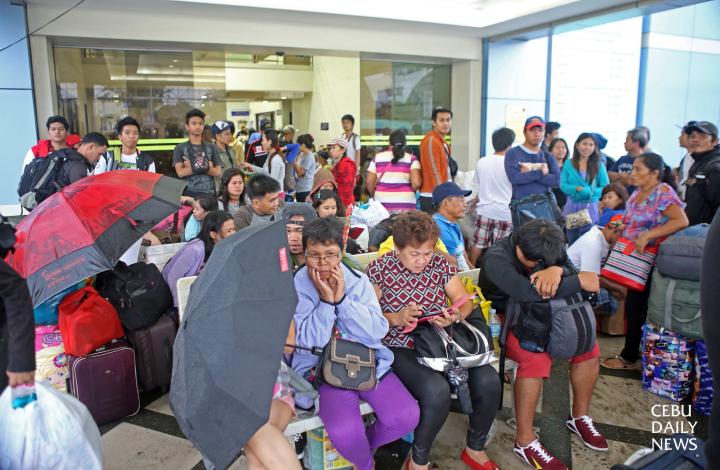 More than 8,000 people were left stranded in ports of Cebu after the Coast Guard canceled trips of  48 vessels and 11 motor bancas bound for Bohol, Leyte and Negros Occidental among others since Sunday.

Stranded passengers remained at the port area and took shelter in the terminal building or slept outside.

“City Hall did not provide them temporary shelter because they are already taken care of by the shipping companies.  Nobody has asked us for assistance,” said Cebu City Councilor Dave Tumulak, heace of the City Command Center.

Among those Cebu Daily News found sleeping outside the pier area was Alma Junasan, 42, with her three children including a one-month-old daughter.

At the Capitol, Baltazar Tribunalo, head of the Provincial Disaster Risk Reduction Management Office (PDRRMO), gave an overview of emergency response in the towns.

Families living by the sea or rivers in in Bantayan and San Remegio towns in the north and Alegria and Boljoon towns in the south were already evacuated and are occupying public schools, he said.

A four-hour power interruption was experienced in Bogo City in the north.

A mango tree fell on  the national highway in Sangi in San Fernando town, blocking traffic until clearing operations were done.

Falling rocks covered part of the Transcentral Highway in Balamban town in the midwest.

In Toledo City,  six coastal families were evacuated to  the Barba Sports Complex in barangay Poblacion.

Over 50 passengers were stranded in Tubigon Port in Bohol while over 350 individuals were evacuated in Talibon town due to the strong waves along coastal areas.

Sea voyages  to Cebu from Tubigon, Bohol were also  canceled since Sunday noon.

There were no initial reports of casualties said Allain Froilan Cabaron of the Office of the Civil Defense (OCD).

The blue status of the PDRRM means all personnel and volunteers are closely monitoring weather updates and standing by for action.
Heavy equipment units are in place ready to be dispatched  as needed.

Seniang made its first landfall in Bakulin, Hinatuan, Surigao del Sur early Monday morning and crossed the Caraga region and into the Bohol Sea.

As of 6 p.m. yesterday, the Pagasa tracked the eye of Seniang 50 kilometers east southeast of Anda, Bohol. It is moving at 11 kph.

Pagasa warned of moderate to heavy rains (7.5 – 15mm) per hour within the 300-kilometer diameter of Seniang which maintained its strength of 65 kph winds and 80 kph gusts.

At  6 p.m. Monday, flood warning sirens and church bells were sounded  signaling forced evacuation for those in low lying communities, especially those along the Cagayan de Oro River.