Loss of 15 lives ‘most painful’ 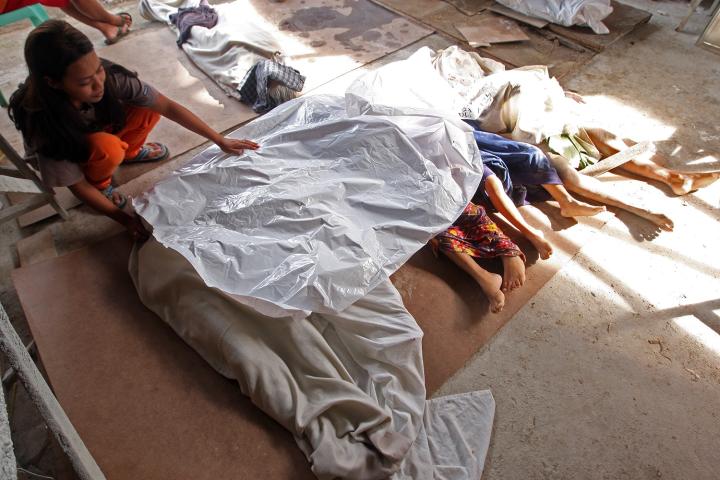 Damage brought about by typhoon “Seniang” in Cebu may reach P1 billion, most of it in agriculture, housing and public infrastructure.

The collapsed bridge approach in Dumlog, Sibonga town will be replaced with a temporary steel frame by  the Department of Public Works and Highways.

The P1 billion estimate is based on “visible damage”, pending a final assessment,said Baltazar Tribunalo, head of the province’s disaster office, which conducted 24-hour search and rescue work in storm-stricken towns.

But the loss that most pains Tribunalo was the high number of casualties,  a total of 15, mostly drowning victims  in flashfloods in Ronda town.

He said the deaths  could have been avoided if the local government had been more vigilant in preparing for the year’s last storm.

Tribunalo said some towns “acted with complacency” although the province sent advisories on Monday for  preemptive evacuation in high-risk areas near the sea, rivers or prone to landslides.

The typhoon made landfall at 4:45 a.m.  in Sibonga on  Dec. 30, but torrential brains came earlier at 2 a.m.  A farmer’s family in Ronda  was washed away by a rush of muddy water from the mountains.

“People were still on vacation mode. At the same time, probably our message reached the barangays but how serious did they treat the warning?”

Across Cebu province, 15 deaths were reported by officials, mostly in south Cebu with Ronda town registering the most casualties.

A state of calamity will be declared for Cebu province on Monday when the Provincial Board convenes for its first regular session in 2015 based on flash floods and damage reported in at least seven towns and Toledo city.

“That is just for formality. It’s a given considering the extent of the damage,” said Tribunalo.

The declaration would allow the Cpaitol to tap into its remaining P77 million calamity fund from the previous year.

Tribunalo said municipal and barangay officials should exercise their authority, and move out people even if it’s against their will, if a forced evacuation is needed.

“It’s not enough to do preemptive evacuation. It should have been forced evacuation. Who said that we cannot require them to move out and transfer?” he said.

He cited Carcar City, which had zero casualties because officials followed forced evacuation, even during at the height of the storm.

“If  residents resist, talk to them, persuade them or force them because it is for their own personal safety,” he added.

Some farmers tending cattle and swine were also affected with the heavy flooding while prawn farms in Dumanjug town were completely swept away.

“It really affected agriculture in south Cebu. When we visited, some of the pigs and chickens that survived were still on the loose. The owners could not be identified,” Tribunalo Cebu Daily News.

The province already sent 6,000 food packs to affected areas and plans to send 4,000 more in the following days.

Read Next
Mandaue gov’t employees to get P20,000 bonus