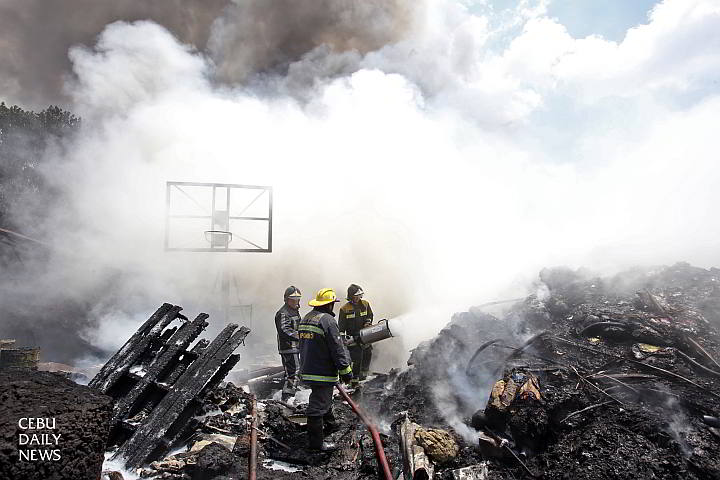 Three fires broke out in barangays Subangdaku, Banilad and Umapad in Mandaue City from 10 a.m. to 3 p.m. yesterday.

The first fire hit the compound of the A.D Gothong Manufacturing Corp. in barangay Subangdaku at 10:45 a.m.

The fire was caused by plastic containers that used to be filled with edible oil produced by the Bambi Edible Oil Co.

“Nagtrabaho ra man mi, unya nikalit na lang ug aso (We were just working when the fire broke out,” said Joselito Guiroy, who had been working for Bambi Edible Oil Co. for 26 years.
The area where the fire broke out was littered with  containers used for the edible oil and margarine along with coal waste.

SFO1 Cipriano Codilla said the fire was put out in 25 minutes and  pegged damage at P20,000. 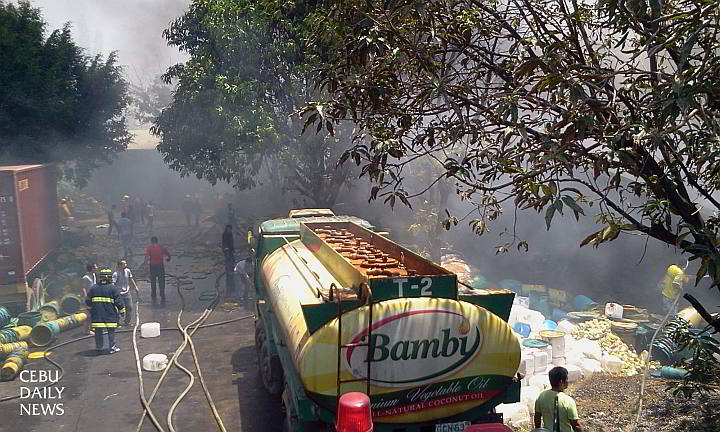 Discarded containers of edible oil and margarine are all over the place during the fire incident. (CDN PHOTO/ NORMAN MENDOZA)

Mandaue City Fire Marshal Joel Abarquez said the summer heat may have ignited the waste materials in the open area of the compound.

The second fire broke out in a lot in Holy Family 1 in barangay Banilad.

Old wooden materials were piled high at the lot and Codilla said someone may have thrown a cigarette butt on the pile.

The third fire broke out in  a shanty in the Umapad dumpsite at 3 p.m. and was put out several minutes later.

Codilla said witnesses told them that the shanty owned by  Mario Briones was occupied by unidentified men who were having a pot session. The occupants reportedly left a lighted candle inside.