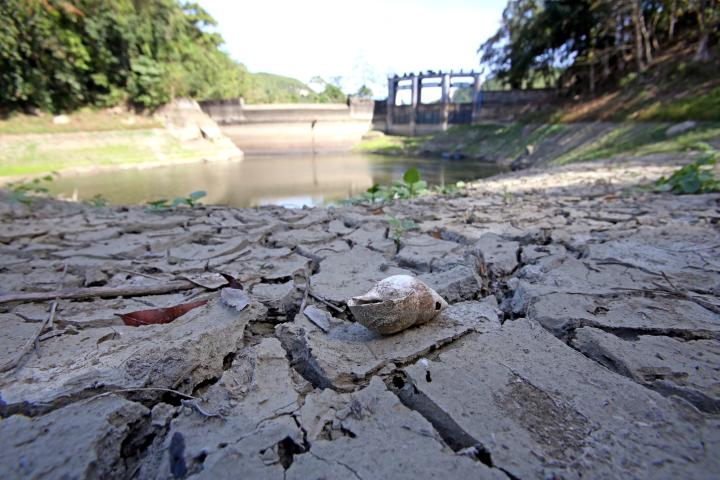 DRY SPELL. As expected, summer means the water level in the Buhisan dam is very low, affecting 5 percent of water supply to Metro Cebu. In the mountains, some city farm lands can look this dry. (CDN FILE PHOTO)

Where are the water hoses and drums whose purchase was budgeted by the Cebu City Council  to help upland farmers  cope with the dry season?

This question was raised yesterday by Councilor Margarita Osmeña at the weekly council session after several farmers visited her office asking for  supplies and help.

“While we suffer discomfort (with the summer already here), there are others whose livelihood is actually threatened by this situation. Farmers in the city’s mountain barangay are asking for water hoses and plastic barrels and drums so that they can access whatever water is available for their crops,” Osmeña said in a privilege speech.

The state weather bureau Pagasa  warned of hotter weather in the coming days and weeks, especially as summer has officially started.

Of the amount, P7.5 million was recommended by the City Agriculture Department (CAD) while P3.7 million was covered by resolutions sponsored by city councilors.

“Despite the P11 million purchase for our mountain barangays, the clamor for water hoses and plastic drums containers never stops. I am sure my colleagues can attest to this,” said Osmeña, who heads the committee on budget and finance.

She said her office wrote to city agriculturist Joelito Baclayon on March 25 asking for a list of the farmer-beneficiaries per barangay and guidelines on the distribution of  agricultural inputs, veterinary medicines and equipment.

However, Baclayon hasn’t responded yet, she said.

Sought for comment, Baclayon yesterday said his office is preparing a report  to reply to the councilor’s request.

“Dili man malikayan nga naa gihapon mangayo because not all can receive because we have more than 14,000 farmers in the city. Each farmer wants to have their own assistance,” Baclayon said.  (It can’t be avoided that some farmers will still ask for help.)

Distribution of P5 million worth of gear is being done through farmers associations, he said.

Not all of the P7 million requested was used for preparation for El Nino and the dry season, he said. Two million pesos was used to respond to the cold spell that hit mountain barangays early last year.

The City Council set an executive session on May 6 to discuss the matter.

They invited the agriculture department, the Cebu City Disaster Risk Reduction and Management Council, and some farmers associations.