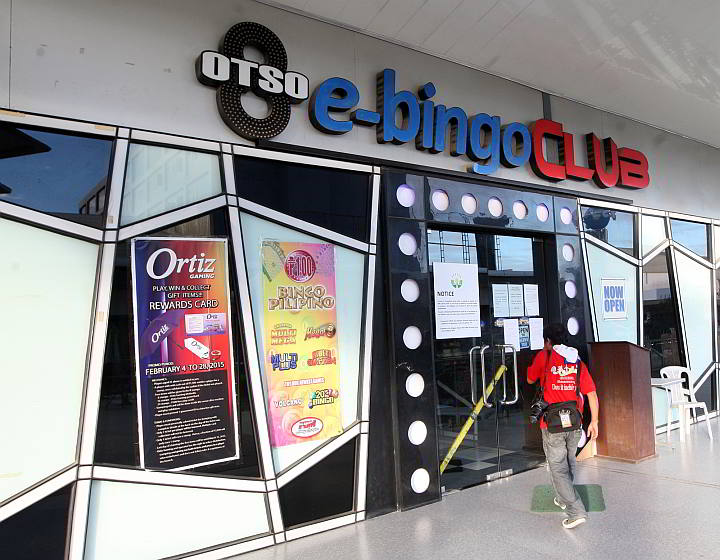 Six persons from Ozamis City were charged last Friday as suspects in the March 23 robbery of  P1.9-million worth of cash and valuables from the 8 e-Bingo Club at the City Time Square in Mandaue City.

The suspects were identified from  photos in the national  police data base, said  Insp. Zenaido Sanchez, acting chief of the the Investigation and Detection Management Branch (IDMB) of the Mandaue City Police Office.

Police identified the suspects as Mario Remitre, Michael Florida, Richard Daguman a.k.a. “Tangkad,” Ruel Remedios a.k.a. “Yoyong” and two John Does or unidentified cohorts. All are from Lawis, Ozamis City.

READ: Robbers strike e-Bingo across Mandaue SWAT office, got away with P1.9M

Sanchez said video footage of the robbers who struck the e-Bingo Club as recorded by the  CCTV camera were matched with  photos of the Ozamis robbery group members who were out on bail for robbery cases.

Before  robbing the casino, the suspects were seen surveying the place and exchanging their P20 bills for P100 bills at the cashiers.

Marissa Bongcas, treasurer of the 8 e-Bingo Club, owned by Korean investors, said their establishment now has security guards to frisk and inspect the bags of guests entering the premises. Firearms have to be deposited.

Lawyer Raymund Garcia, president of  the 8 e-Bingo Club, said they were happy with the progress of the investigation. He said he was confident this will clear up doubts that the robbery was an inside job.