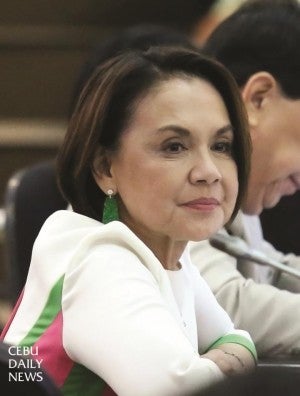 “If true, that is horrible and I hope that it is being investigated and that justice is served. The handling of minor offenders is supposed to be part of police training. What happened? Weren’t we just awarded as a Child Friendly City?” Osmeña told Cebu Daily News in a text message.

Osmeña, who is abroad for the annual check-up of her husband former mayor Tomas Osmeña, established the Children of Cebu Foundation and raised funds for the Cebu City Task Force on Street Children.

The councilor is also one of the proponents of the Operation Second Chance, a facility for children in conflict with the law.

Chastity Mirabiles collapsed on the street and died last April 6 after being rounded up along with other child beggars by Fuente police at dawn of Easter Sunday, April 5.
Police’s side
Senior Supt. Mariano Batiancela, acting Cebu City police chief, will meet today with the head of the City’s Women and Children Protection Desk (WCPD), Senior Insp. Arieza Otida, concerning Mirables’s death.

“From there, we will see what we can do,” Batiancela said.

Cebu City Vice Mayor Edgardo Labella already asked for a report from the city’s Department of Social Welfare and Services (DSWS) on the incident.

“We should also not just jump into conclusion. We have to hear the police’s side and give them the opportunity to do so,” Labella said.

The vice mayor told DSWS chief Ester Concha to coordinate with Chastity’s relative and said he is willing to provide them with legal aid.

Joy Pesquera, chairperson of the Cebu City Anti-Mendicancy Board (CCAMB), confirmed Concha’s earlier statement that the Cebu City police had not been coordinating with them or the DSWS when they round up streetchildren.

The board asked the help of the city’s police in rounding up mendicants, vagrants and street children within the city’s street due to their lack of personnel.

Pesquera said the Cebu City Police Office (CCPO) is part of the board and they should follow protocol in rounding up the street children.

“If they (street children) are rescued from the streets, they are brought either to the anti-mendicancy office, community scouts or police station. If they are sent through the police station, the station shall get in touch with the Gender and Development (GAD) focal of the barangay or with the anti-mendicancy office,” Pesquera told Cebu Daily News.

Representative
Concha earlier said Tiu has not been coordinating with their office when they are rounding up street children.

She also said Tiu and the Fuente police have faced several complaints on how they handle these children.

For several months now, Pesqura said the CCPO has not been sending a representative in the CCAMB meetings.

In order to avoid similar incidents Pesquera said they will now follow up with the police to send in a representative in the board’s meetings.

Right now, she said they will be monitoring developments of the investigation being done by the DSWS, also a member of the board.

“This is implemented by all police precincts n the city but police station 2 (Fuente police) is very active in the campaign since their jurisdiction mostly covers the Fuente circle and Mango Avenue that’s frequented  by street kids,” he said.

Banzon said the role of the police is to coordinate with a social worker in holding the kids in custody for the meantime.

The social worker will check on the child’s background to determine if he or she will be turned over to a center.

Chastity’s grandfather Renato Mirabiles,52, a former barangay tanod of Calamba said they are not afraid to file a complaint against the Fuente police officers if medical results showed that she didn’t die of heat stroke or dengue as they earlier claimed.

Chastity sustained bruises on the right side of her face and her left arm, legs and back. /With a report from Correspondent Apple Mae Ta-as