A boy died and another girl was injured when an electric post fell near them while they were at a barbecue stand in barangay Tinago, Cebu City at 9:30 p.m. last Tuesday. 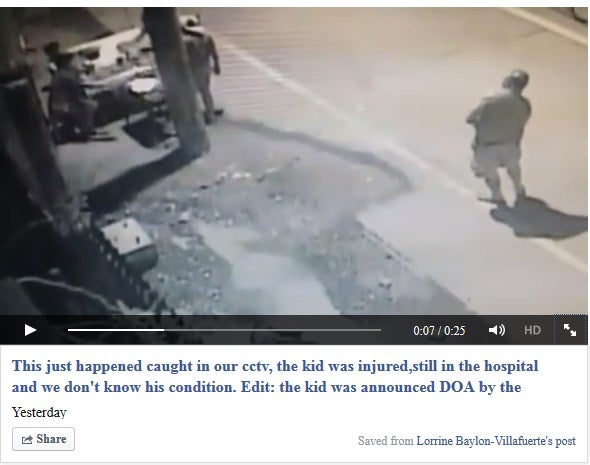 Ralph Bureros, and Desiree Ambros, both 13 years old were at the barbecue stand when an electric post of the Visayan Electric Co. (Veco) fell on them.

Dauca said based on their initial investigation, the electric post may have loosened since the wires attached to it were hit by passing trucks. The incident was recorded by a security camera of a nearby establishment.