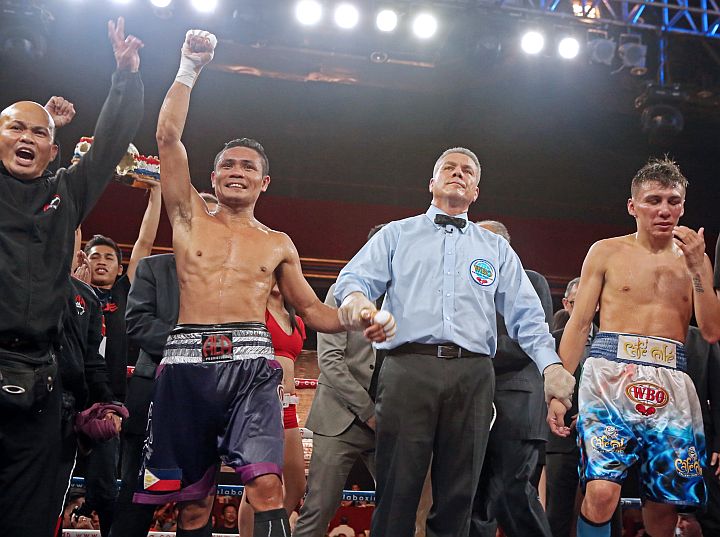 An injured right hand couldn’t stop Donnie “Ahas” Nietes from scoring a “brilliant win,” using his ring savvy to dismantle Mexican warrior Francisco “Chihuas” Rodriguez Jr. on Saturday night in the main event of the Pinoy Pride 31: Clash of World Champions before a huge crowd at the Waterfront Cebu City Hotel and Casino.

Nietes, the reigning WBO light flyweight champion, outworked Rodriguez behind a highly tactical fight, frustrating the Mexican with his sleek movement around the ring and well-timed hits en route to scoring a unanimous win.

“It was not one of the most exciting fights but it was a brilliant fight for Nietes.

He knows how to win and it depends on how you look at it.

Sometimes people want to see a knockout, but if you look at it he showed another dimension of himself in this fight, he performed brilliantly,” Michael P. Aldeguer,  CEO of ALA Promotions International, said of his prized ward who successfully defended his world title for the 11th time.

Nietes, 33, recorded his 36th victory with 21 knockouts. He has one loss and four draws. Rodriguez Jr., the former WBO and IBF world minimum weight champion, suffered his third loss with 17 wins and 11 knockouts.

Nietes could see action again in November as he tries to move up to the stacked 112-pound division.

“He wants to fight next in his hometown in Bacolod but it will be still at the 108-division.

People think we are all Manny Pacquiao, going up weight is really a dangerous move.

So we have to be careful in moving Donnie to another weight division,” Aldeguer said.

In the post-fight press conference, Nietes showed his swollen right knuckle, an injury he sustained  in the seventh round. He said he could have put the Mexican to sleep in the ninth round if not for the injury.

“It was really painful already. I always thought of a knockout but my right hand was badly injured so I decided to accumulate scores and hit him with counter punches,” Nietes said.

Despite the injury, Nietes still landed staggering combinations and solid jabs, breaking Rodriguez’s nose in the 11th round.

Rodriguez, Nietes’ 12th  Mexican victim,  showed some class after the fight as he gave Nietes a Mexican sombrero which he wore when he entered the ring. 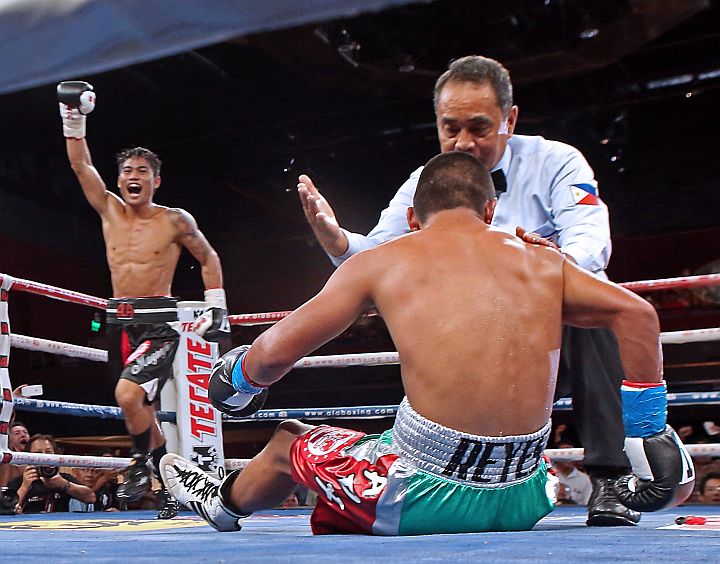 Magsayo, 21, stopped  Reyes in the 2:29 mark of the fifth round behind a perfect-timed left uppercut.
Magsayo pocketed his 11th straight win spied by nine knockouts. Reyes tasted his fifth loss with 16 wins and 12 knockouts.

The win gave Magsayo a golden chance of fighting abroad.

“It’s ninety percent sure that Magsayo will be included in the US fight card next year.

He was spectacular although he was reckless a bit but we got to give the guy a chance to go out and let him showcase his talent.

I was really impressed by his performance, he’s got a lot of skills,” said Aldeguer.

UNDERCARD
Kevin Jake “KJ” Cataraja marked his baptism of fire as a professional boxer by scoring a sixth round knockout victory over Tefa of Indonesia. 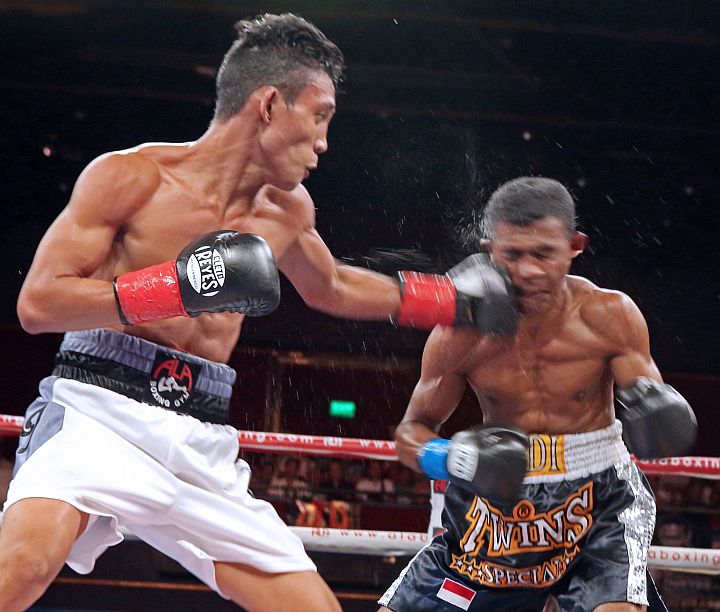 PINOY PRIDE 31 FIGHT NIGHT: Kevin Jake “KJ” Cataraja of ALA Boxing manage to land a strong punch to the face of his opponent from Indonesia Ardi “Predator” Tefa during their game in Pinoy Pride 31 at Waterfront hotel.Cataraja win the fight. (CDN PHOTO/LITO TECSON)

On the other hand, Jorge Kahwagi knocked out fellow Mexican Ramon Alejandro Olivas, whom he knocked down twice in the first round. The bout was stopped at the 57 seconds mark of the first round.

Former world title challenger Roli “Zuma” Gasca knocked out Rasmanudin of Indonesia in the second round; Vic Saludar scored his own KO win over Michael Kaibigan in the 4th round.

Elmo Traya pulled off third round knockout win over Bryan Macamay. Carlo Demecillo defeated Virgel Vitor via a unanimous decision, while Raul Yu and Richard Sueno settled for a draw.