Over 60 films, many of them Cebuano works, will be shown from Aug. 6 to 8 in the film festival Cinema Rehiyon 7 with this year’s theme “At the Crossroads of the Seventh Art.”

In the movie, a mother fights off being raped by her stepfather and stands trial for murder.  The film won Best Film at the Filipino Academy of Movie Arts and Sciences (FAMAS) Awards in 1969, and a best actress  award for Sevilla. 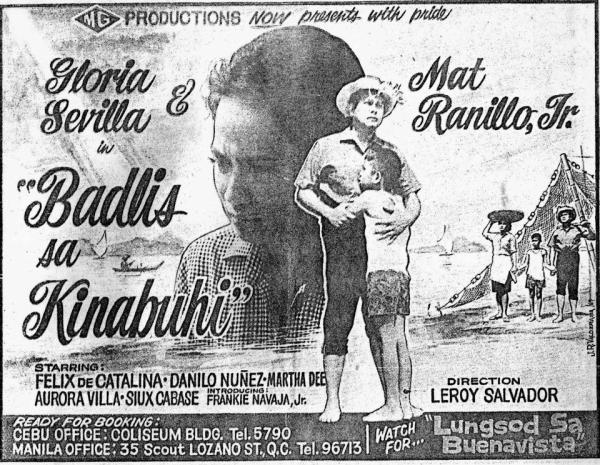 The festival recognizes Cebu’s role as the second largest film-producing region in the country after Metro Manila, especially during the 1950s and 1960s.

“Cebu has a unique situation. A local industry sprung from the province around 1932 to 1975. There is also  resurgence of a new breed of Cebuano filmmakers,” said Teddy Co, vice head of he National Commission for Culture and the Arts (NCCA).

Showings will be held at the SM City Cebu Cinemas, in downtown Cine Orientes 1 and 2, and the Film and Media Arts Academy (FMA) Mini Theatre on General Maxilom Avenue.

Contemporary Cebuano short films will be screened at the FMA Mini Theater, on August 7 and 8, from 1 PM to 6 PM.

About 50 titles will be screened including Rommel Ruiz’s “Nangisit nga Darag” (Black Sand) from Cagayan Valley; “Red Lights” by Cebu’s Christian Paulo Lat; and “The End of War” by Ozamis City-based Jo Bacus.

Outdoor screenings will be held in select venues as well as a special viewing of National Artist Lamberto Avellana’s rarely seen works.

The festival director is Bambi Beltran.

On Thursday, Sevilla will be given the Hara Humamay Award by the Cebuano Cinema Development Council.

The late Ranillo Jr., known as the King of Visayan Movies, will be honored with the Rajah Humabon Award.

Bulakna awards will also be given to Cebuana actors Pilar Pilapil and Suzette Ranillo.  The  Lapu-Lapu Award will conferred on Julian Daan.

The festival will close with Kidlat Tahimik’s “Balikbayan #1: Memories of Overdevelopment Redux III”

A tribute to pre-Hispanic Cebuano, the film follows Enrique of Malacca, a Visayan slave brought by Portuguese navigator Ferdinand Magellan. Enrique , played by Tahimik, is  credited as possibly the first man to circumnavigate the world.

Balikbayan #1 won the Caligari Film Prize at the 65th Berlin International Forum of New Cinema last February. The work was also well-received in the Singaporean Biennale and the 39th Hong Kong International Film Festival in April.

Cinema Rehiyon 7 will also feature fora and discussions on subjects such as “Re-imagining Regional Cinema,” “The Regional as the Other in Cinema,” “Getting the World to See Youth Film” and “Film as Heritage.”

Long thought to be “lost,” Badlis sa Kinabuhi, was directed by Leroy Salvador and written by Junipher.

Sevilla is still active in Philippine film and television. Recently, she won the New Wave Best Supporting Actress award at the 40th Metro Manila Film Festival in 2014 for the movie, “Mother’s Maiden Name”.

Now on its seventh year, Cinema Rehiyon is a  fagship project of the NCCA National Committee on Cinema (NCC).  Headed by filmmaker William Mayo it features the works of Filipino filmmakers all over the country, especially outside of Metro Manila. 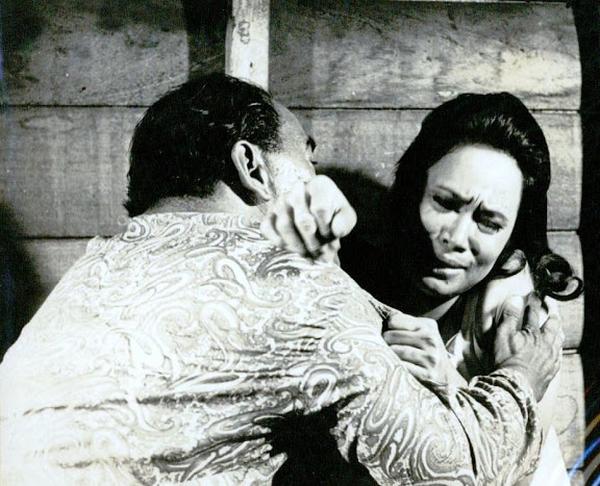 Badlis sa Kinabuhi follows the story of Celia (Gloria Sevilla), who is forced to work for her harsh stepfather Simon, when she, her husband Doming (Matt Ranillo Jr. ) and her young son Lito (Frankie Navaja Jr. ) have fallen on hard times.

Rumors begin to circulate that Celia and Simon are having an affair. Simon tries to rape Celia but young Lito intervenes. Celia snaps when she sees Simon shoving away her son, and kills him with a bolo. Doming arrives.

Seeing Celia naked, he chooses to believe the rumors and banishes Celia.

Celia is about to be sentenced in court for the murder of Simon, when Lito, who is unable to speak because of the trauma, finally speaks up and recounts the incident. Celia is acquitted and reunited with her husband.

More about the Queen of Visayan Movies

In 1973, her film Gimingaw Ako (I Miss You) was the first movie from the Philippines to be shown at the Moscow International Film Festival in Russia.

Watch out for this

Films in the festival are clustered into themes.  One category delves in the aftermath of supertyphoon Haiyan or Yolanda. It includes T.M. Malones’ Dapya Sang Paglaum, Charena Escala and Rowena Sanches’ documentary “Nick and Chai”, and Thomas Fitzgerald’s “Tigdong”.

A notable work is Boyong and Sendong’s “Busol: The Last Headhunters”, produced by and for the Cordilleran communities.

Alec Figuracion’s Bitukang Manok, a product of an all-Cebuano crew from the boutique film school International Academy of Film and Television.

Cinema Rehiyon has been a major part of the Philippine Arts Festival, NCCA’s celebration of the National Arts Month every February.