It’s one thing to be unstoppable in uttering statements on the complications of relationships, an unexpected pregnancy or a love triangle, quite another to be treading on delicate ground—that of mirroring teens’ everyday truths in one’s fiction. Best-selling author Katie Cotugno (and a self-confessed Hufflepuff) is good at both.

The once Catholic school girl, who considers herself a love junkie, has successfully woven youthful angst and romantic adventures in her two books, “How to Love” and “99 Days.” The works of this well-loved Pushcard Prize nominee has also appeared in The Iowa Review, The Broadkill Review, The Apalachee Review, and Argestes.

Moments before she stepped out with fellow writers Melissa Kantor and Robyn Schneider for National Book Store’s book signing, Katie endeared herself to the Play! pool when she gamely answered questions about her foray into YA, writing on deadline and her first impressions of the Philippines. 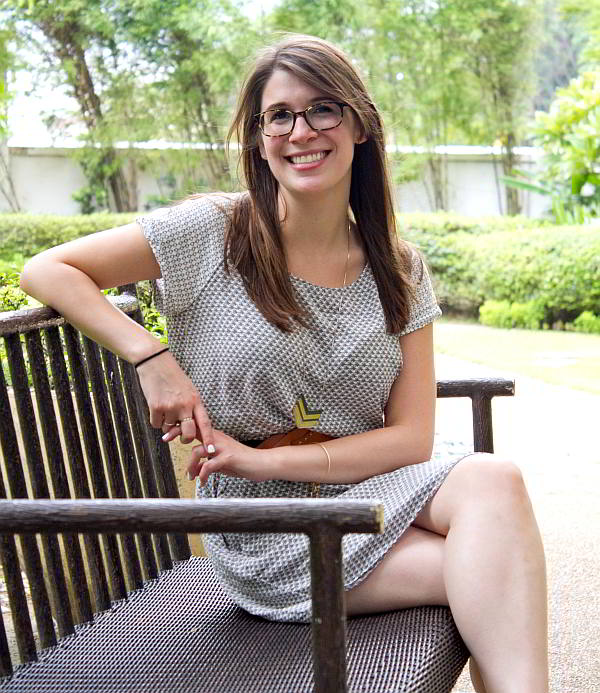 Before you went into YA writing, what were you into?
You know, I have always kind of been into writing YA. I started “How to Love,” which is my first book when I was 15 and so I just wrote something about people of my age. People who are going through the same things as I was going into and I think I kind of just evolved from there. I kind of worked on and off for 10 years so by the time I got published I was already in my late 20s. And it’s just that I love YA. It’s really a good fit for me. I like teenagers, I like how intense your emotions are when you’re that age and how important it is you feel and for me it is a very fertile ground for writing.

Why did it take awhile for you to finish writing “How To Love?”
I was really working on it all the time. I went to school as I was in college, I also had a job and I wasn’t really writing very seriously. Nobody had offered to publish me or anything like that so I was kind of like doing it as a hobby. So once it was finished and it was going to be actively published that’s when things kind of the ramp-up factor came in, so the second book, “99 Days” came about and I wrote it for about a year.

Are you writing a third book?
Yes. The third draft of the book is already done and I am kind of revising some parts as I just got my edit letter from my editor. It doesn’t have a title yet. It’s a tragic love story that takes place in Orlando, Florida in 1997—which was when and where all those teen pop groups like N’Sync and Backstreet Boys—came about. They were all manufactured down in Orlando in the early 90s. And so this book is about soon-to-be pop stars that meet in Orlando and their rise to fame. And they fall in love so all hell breaks loose.

Describe to us the creative process in writing your books.
Well, I knew “How to Love” takes place in three years and it has a back and forth structure, not linear with a sprawling timeline. With “99 Days” takes place in that same number of days with 99 chapters so I knew that I have to write something that’s finite in timeline so I started there. And I also wanted to write something about
a love triangle. I just find it very interesting. I wanted to see if I can write a true love triangle where the emotions are equally strong on all side. And I wanted to explore the idea that the central character is completely strong but she can be a completely different person when she is with both men yet still able to have that strong connection from both sides. And also I wrote this book in 99 days, so I wrote a single chapter per day. Revising it took much longer.

What’s your take on YA novels tackling seemingly mature content, such as death, sex, sickness?
I think that any kind reader of fiction would prefer what’s right for them whether what they would prefer to read about. But for me, my job as a writer is to tell the most true, most honest story we can. And life as a teenager is intense and intense things do happen and there’s death and teenagers experience death—these things happen. And I don’t think that any of us are being spared in pretending that these things don’t happen when they do.

Take us to that moment when you realized that you’re born to write.
I have always been a writer. I wrote my first story when I was six years old. My dad took me to his office for the day and he had meetings so it was just me in his
office. When he came back I was already in his computer doing my writing thing. But I think the first moment that I saw it—not even in its finished cover but the advance reader copy of “How To Love,” which comes to your house in a box and you open it and you see a book inside with your name on it—that was the moment when I realized, this is happening! 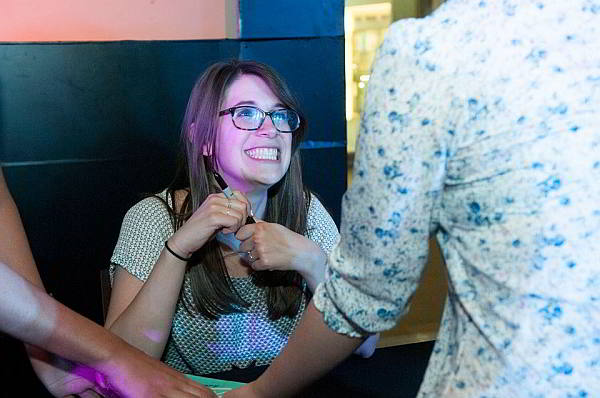 Aside from the book signings and trips like this, do you often get together with fellow YA writers?
Oh, yeah! Absolutely, what I love about being a YA author is the amazing writers, mostly women, as my support—it’s where my community is. And there are YA authors in Boston where I live though some live across the world and you just meet them in conferences or I see them during book tour. It’s really a wonderful, friendly, very supportive community.

If your book “How to Love” were made into a movie, which actress would you want to play the lead character?
There are no plans as of the moment. But when I started almost 15 years ago there’s this actress named Shiri Appleby. I always picture her as the character though she is may be older now. Well, now I don’t want to say it out loud because I want everybody to think of it for themselves.

What do you do during your downtime?
I have a day job so I work during the day. I just finished my school.

I just graduated last weekend so I can now do a lot. I love to read. I love to cook, watch movies, go out with friends and eat, have dates with my husband. I like to knit. I’m also crafty. We also just bought a house so that is going to be tons of work. There’s always some kind of house project that needs to be done.

How do you reward yourself after finishing a book?

When I finished “How to Love,” I bought a very expensive pair of boots. I also got a tattoo. 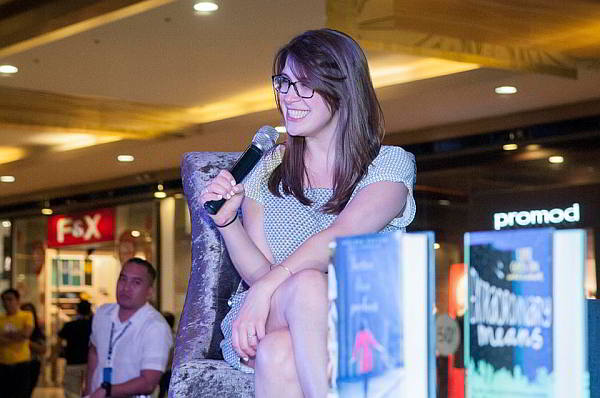 What’s the difference between the time when you didn’t have to think about deadlines while writing compared to now that you are expected to produce something within a time frame?
For a long time writing was more of a hobby and now it’s kind of different because it is already a job. You know what, you can’t tell your editors that you can’t write because you have writer’s block, because they are paying you money and you have to meet your deadlines. Like any other jobs to you have to get up, show up, get to work, get it all done. Also when I was writing “How to Love,” I didn’t even think anybody would read it so now that it has come to this there’s this little worry what people will think. At the end of the day, I would like to make a book that I sort of like to read and hope that it would resonate to other people.

Once in a while you list “Five Good Things” on your blog about certain topics. What are the  five good things about this trip, so far?
Absolutely! I would say meeting all my fans here in the Philippines who have been all so lovely and so amazing. Everyone in National Book Store who have been so incredible and so welcoming. Getting to spend some time with my fellow writers Melissa (Kantor) and Robyn (Schneider) who I’ve known a long time and are great travelling companions. The hotel pool and the cup of coffee that I’m about to have.