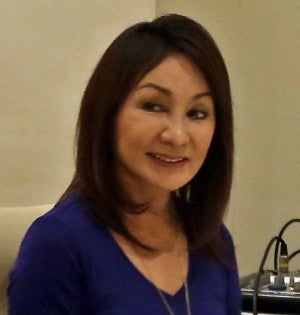 Allowing the CICC to rot after the 2013 earthquake, Garcia said, is the “most solid, visual proof of Davide’s inexcusable neglect, and a monument to his bungling incompetence.”

“The building speaks eloquently of his administration’s major, major failure to protect the provincial property. Where did he spend the insurance which was intended to repair the CICC? In improving his appearance before people? In trying to look good like tapping the shoulders of everyone as if to console them?,” she said in a press statement.

“But of course, what can you expect of a governor who has no love for Cebu and the Cebuanos. He was not even here to celebrate the 446th founding anniversary of the province (last Thursday),” she added.

Garcia and allies of the One Cebu party on Saturday talked about Cebu province’s displacement from its former status as the “no. 1 province” since Davide assumed his post in 2013.

They were referring to the 2014 “competitiveness ranking” made by the National Competitiveness Council where Cebu province placed only third next to Davao del Sur and Misamis Oriental.

Davide, who is currently in Japan to reportedly find potential investors and technical assistance, defended himself, saying Cebu remains to be a “premiere province.”

He said it was misleading to say that Cebu has dropped to the third spot since it was only this year that a new category for provinces was introduced in the “business competitiveness index” to rank cities and towns.

Davide said Cebu province is still doing good and the only difference between his administration and Garcia is that there won’t be any allegations of corruption raised against him.

He pointed out that allegations of corruption hounded the construction of the CICC in Mandaue City and the purchase of the Balili beach property in Naga City, southern Cebu.